Preparing for the Rapture in the I.T. world

This was written in anticipation of Harold Camping's May 21st prediction, but could easily be recycled for the next prediction by anyone. Hilarious advice: 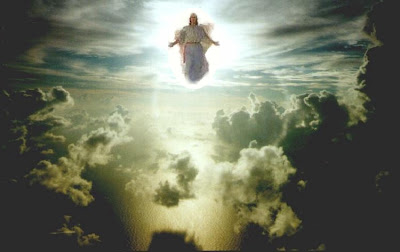 At 5:45 p.m. Saturday, invite all the Christians on staff to pray in a conference room or auditorium. That way you minimize the network and systems disruption, not to mention the drama, when they all vanish.

Make sure they don't expire immediately before or after The Rapture.

Despite being employees of West Coast companies, your Cisco or Microsoft reps might be among the missing (possibly less likely with Apple). Afterward, you might be able to push for a Rapture Discount on new software and hardware.

With an application like MobileIron, you can shut down and lock, and later locate, any cellphones left behind by Raptured staff. Otherwise you could be hit with huge data charges if the phones were on and online when their users were taken. And make sure they're all equipped with bumpers so when they hit the desk or the pavement they won't break.

4. Postpone the upgrade to Windows 7.

You could save money (fewer users) and avoid disruptions (missing tech support staff) by waiting until after The Rapture to move to Microsoft's Windows 7 operating system.

3. Block all internal video transmissions and external streaming for 48 hours.

Let's face it, if you're in a telepresence conference and people start blinking out, it's bound to be disconcerting. Plus, you just know YouTube is going to be flooded with video clips of people's family, friends, acquaintances, or worse, themselves, poofing into thin air. The UnRaptured won't be able to stop themselves from clicking on the links, and the video traffic will bring your network to its knees. [...]

Isn't it nice to know someone's thought about all the practical follow-up details? Read the whole thing for more advice. The author knows his topic rather well.