On Sundays, the Music from the Hearts of Space website lets listeners hear the featured weekly program for free. This week, they are repeating a program, a Choral Symphony, that has been selected to commemorate the 10th anniversary of 9-11. 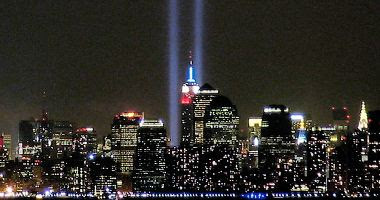 INTRO : This week we mark the 10th anniversary of the historic attacks on the U.S. on September 11, 2001. Memory of traumatic events changes over time; while others will be recounting the facts and events of that day...we will recall some of the feelings it provoked by repeating a special program from the following week. Even after 10 years, the wound remains tender, the fear it created remains present, and the hope for a better world remains a vision and a prayer.

It was an epoch-defining event that temporarily rendered everything else insignificant. Even our ordinary diet of violent media had not prepared us to comprehend the implacable hatred and disregard for life/ of this phantom enemy. Perhaps no single act in American history has raised more questions, more emotions, more tears.

In the weeks following the attacks, as we arose from our pain and began to move forward, we remained poised on the edge of catharsis — and it is in that spirit that we bring you a program called TERROR AND HOPE.

If spring is the season of hope, then it is fitting that in the spring of 1999, in advance of the Millenium, Sony Classical released a choral symphony by New York composer JONATHAN ELIAS, titled THE PRAYER CYCLE. As we did in 1999, this week we devote the entirety of Hearts of Space to this extraordinary music. But this week, it will sound different, feel different, and will have a different meaning.

JONATHAN ELIAS began writing THE PRAYER CYCLE in the period immediately before the birth of his first child. "I was excited by the possibilities for my child," he says, "but I also felt anxiety and sadness about the world she was about to enter. With all the wondrous advances of mankind, it was painful to acknowledge the other defining characteristic of the 20th century, which is more calculated and cold-blooded than any other period of recorded history. Is man's inhumanity to man as common in our nature as other forms of survival? With these thoughts and concerns, I began to write 'The Prayer Cycle.'"

The effect of this brilliant multi-cultural, multi-language production is extraordinarily powerful and appropriate. "Prayer," says composer Elias, "is what we turn to when the only thing we have left...is hope."

JONATHAN ELIAS' THE PRAYER CYCLE... a eulogy for the 20th century ...a prayer for the 21st... and a plea for a world where we have no choice but to get along — because anything else is unthinkable. TERROR AND HOPE...on this edition...of Hearts of Space.

It's described in further detail at Amazon.com: 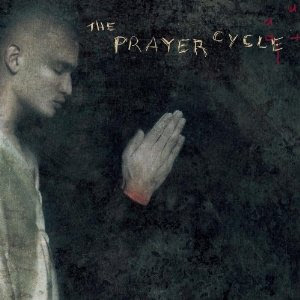 Amazon.com
It is with primitive urgency and lustrous clarity rising like flickering embers from a fire that Jonathan Elias's ambitious Prayer Cycle is given voice. Woven together like knotty wool, silk, and fine strands of silvery water, the disparate yet complementary voices of the late Nusrat Fateh Ali Khan, Alanis Morissette, Yungchen Lhamo, Ofra Haza, the American Boychoir, Salif Keita, and others intertwine in multiple languages with the superb English Chamber Orchestra and Chorus. Prayers of supplication, gratitude, and longing build in layers, one on top of and 'twixt and 'tween the other, as movements titled "Mercy," "Grace," "Innocence," "Compassion," and the like. Remarkably, Elias's Prayer Cycle eloquently captures the ecstasy, pain, grief, and sublime beauty of humanity--as he simply and poignantly writes in his liner notes, "The world we live in is both joyous and cruel." --Paige La Grone

Then there is this, from one of the Amazon.com customer reviews:

"If this does not move you, then you have no soul."

I first heard this as part of a radio program on the local NPR station, and was shamed into silence. The diversity of collaborators in this work (including US folk-rocker James Taylor, Yemenite singer Ofra Haza, Canadian rocker Alanis Morissette, the late Musrat Fateh Ali Khan [one of his last performances], the American Boychoir w/Devin Provenzano, the English Chamber Orch. & Chorus) shows the great number of fields that composer Jonathan Elias was drawing from.

The song "Hope" will lift your spirit, while James Taylor's melancholy vocals on "Grace" will move you to tears (At first, I thought he would be horribly out of place, but his voice fits the work perfectly!). The lyrics run all over the map in language. There are lyrics in Urdu, Mali, Latin, English, French, Italian, Hungarian, Dwala, Tibetan, German, Spanish and Hebrew, but they are listed in English in the CD booklet. I gather this is Elias' way of uniting the world. The lyrics are prayers, laments and pleas for forgiveness. The themes are loneliness, war and regret.

The style of music is definately classical, but does not limit itself to European roots. There are distinct influences from Africa, the Orient, and even various tribal nuances. For someone who was raised on European Classical music, it may be a shock to the system, but it works, and it is wonderful!

I forsee this recording to be one of the hand-picked few that future generations will draw upon for inspiration. As we as a people on this planet become closer, our world seems to become smaller. Our hopes, dreams, and cultures begin to overlap. This recording is proof that, when skillfully co-ordinated they can create incredible harmony.

I love Choral music. This reminded me of Carmina Burana, which was also a multi-language choral work in the classical style, though I think Prayer Cycle goes further, by blending in non-classical styles as well. It reminds me of some of the "World Fusion Music" I've heard, which is a growing music genre.

Perhaps this is a glimpse of what is going to be the future of classical music in our Brave New World? Only time will tell.

The song list for Prayer Cycle on Amazon looks slightly different than the one on the Hearts of Space website. There may be different versions. The one at Hearts of Space is available to hear in full for free, but today only.