Windows 8 to be released later this year 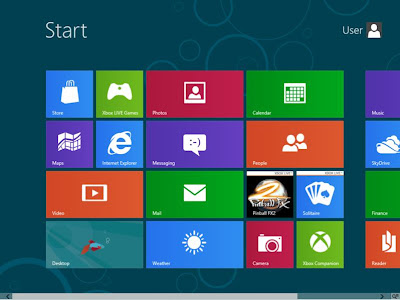 Here is a preview review:

NEW YORK (CNNMoney) -- The PC needs saving. With Windows 8, Microsoft believes it has the magic cure.

It just might. I've been testing a consumer preview version of Windows 8 for the past week, and it's unlike anything I've ever seen in a PC operating system.

The stunning "Metro" interface just begs you to touch and interact with it. Beautifully designed apps, ultra-simple navigation, and instinctive commands make it hard to believe Metro came from the same company that brought us Windows Vista. Interactive, "live" tiles and an intuitive app store simplify the PC. Windows 8 is as easy to use as the iPad.

That's exactly what Microsoft intended. As PC sales slump amid a surge in tablets (okay, iPads), Microsoft (MSFT, Fortune 500) is creating an operating system that lets hardware makers reimagine the PC for a tablet world. The software is slated to go on sale later this year.

But let's be clear: Under the veneer of its redesign, Windows 8 is still very much a PC operating system. It features the familiar desktop and taskbar you've learned to love -- or hate -- over the years, and it works just as well with a keyboard and mouse as it does with a touchscreen.

The iPad is the simplest entry point to what Apple calls the "post-PC" world, but PCs haven't outlived their usefulness just yet. Most people still go to their PCs for tools like Microsoft Office and more complex content creation tasks

That's where Microsoft sees uncharted territory. It wants Windows 8 to power each user's primary device, which can be as portable and intuitive as the iPad but also be able to perform all the intricate tasks that today's tablet users flock to their PCs for.

Microsoft does that by making the desktop itself into an app. The PC boots to the Metro interface, which serves as the "start screen" and main backdrop for Windows 8.

Metro is ideal for everyday tasks like Web browsing, e-mail, photo sharing, social networking, and casual gaming. But when you need to manage files, edit a document, or do anything else you wouldn't typically try on an iPad, a tap or click on the desktop app launches what looks and feels like the Windows 7 interface.

Is Windows 8 a perfect solution? Not quite, but it's getting closer. [...]

Read the whole thing for the "likes" and "don't likes" in the reviewer's opinion.
More technical details can be seen at Windows 8 on Wikipedia.