One woman's decision to buy a handgun 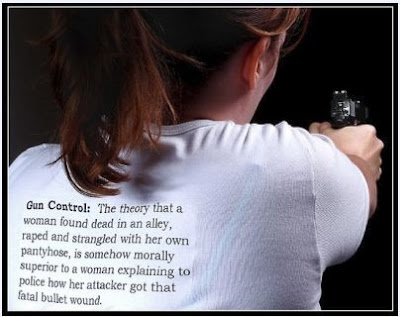 I had never wanted a gun. Now I own a Smith & Wesson revolver. Why?

Home invasion robberies no longer seemed quite so abstract after a friend down the street was burglarized one day at noon, while she was in the shower.

Having accepted the reality of a gun in the house, I began to envision dark scenarios. A potential intruder, once an abstraction, became a real force to be vanquished. My husband and I began discussing strategies, defensive positions, reaction times, risks we would have to take. To every new defense, I realized, there is a corresponding new risk.

As we talked, one thing became obvious: I would never be able to defend myself if my husband wasn't home. I'm too small and the shotgun he purchased is too large, too heavy, too awkward.

"We should have a pistol," I finally declared. "Something I can use."

Still, I wrestled with the idea of whether I could become someone else, someone capable of violence. Was I really prepared to kill someone who threatened my property or my life?

Reluctantly, sorrowfully, I found my answer.

And that is how I came to be standing at the counter last week in the gun shop, talking to the salesman, Walt. "I want a revolver," I explained. I had tested several handguns at the range a few days earlier and had realized that semiautomatic pistols are activated by slides that are impossible for me to pull back. The spring is too strong. The only alternative was a revolver, which needs to be cocked and aimed — after loading, of course. The revolver holds six bullets while the semiautomatic pistol uses a clip with nine or 10 bullets. "Six should be enough to stop anyone," I was told.

I had already proved, at the range, that I could pull back the trigger and hit a target. I knew how to assume the proper stance. So when Walt handed me a Ruger, I pointed it at the wall to see how it felt.

Walt, a patient man with gray hair and bifocals, watched as I tried various revolvers before finally settling on a Smith & Wesson, which has a smaller grip than the Ruger and is more in sync with the size of my hand.

It was only when I'd made my decision that I looked around at my fellow customers. I had imagined they would be skinheads or slick-haired, oily types who would poke at each other in amusement at my questions, my stance, my purchase.

Instead, there was a clean-cut fellow wearing shorts and a Polo T-shirt. Several older guys were talking about deer and moose and elk. Everyone spoke softly. They were intent on business. Yes, one man did have a tattoo. But there was also a very nice-looking girl in her 20s, wearing one of those long black summer dresses with the little straps, looking quite glamorous. I saw her examining a Beretta. Obviously, her hands are stronger than mine, I thought, watching her pull back the slide. I resolved to exercise my hands — 20 minutes at the piano playing scales and Bach fugues every morning.

HT to Barry at BAR for the excerpts. But read the whole thing, at the link below:

Sonia Wolff (a novelist who lives in LA)

It's reminded me that I've been wanting to buy a revolver. I think I'll do it sooner rather than later.

The Second Amendment vs Leviathan