The Great Irony in the Wall St. Protests

Well, at least the most obvious one: 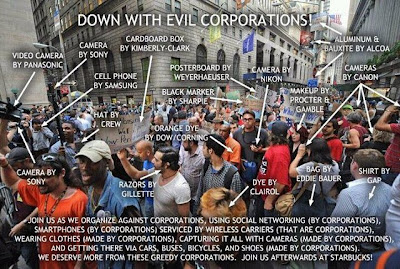 Down With Evil Corporations! [Photo]

[...] Last night, Mark Levin used a caller as a foil to deconstruct this idiocy.

That would be the federal government, an extra-constitutional monolith that controls every aspect of our lives, from shower-heads, to automobile bumper design, to thermostats, to building codes, to carbon dioxide emissions, to the size of toilet tanks, to health insurance plans, to... [...]

It goes on to make a comparison with the Soviet Union.

Too much government. It's not the answer; it's the PROBLEM.

And there's one more Great Irony to consider: 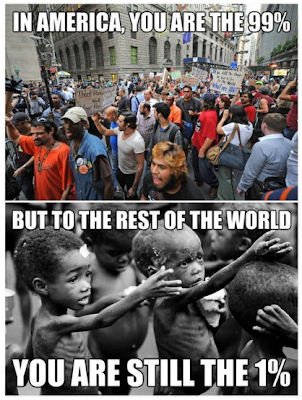 I know where they're coming from - but...

Do you want chamomile or patchouli in your hot water?

I was born and raised in Africa and to me these "impoverished" neo-hippies are risible.

Taylor Marvin checks the math of the above image, which has been making the rounds: [...]

It's not far off.