The Rehabilitation of J. Edgar Hoover? 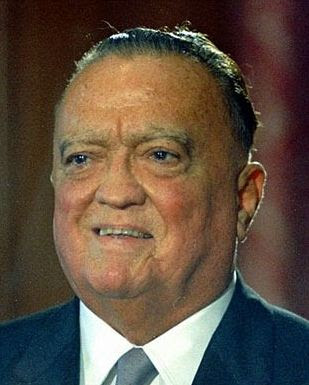 Has his reputation been unjustly tarnished by hippies, crooks and Leftists? Was he actually a hero and a great man? Or is the WHOLE truth a complex mixture that fails to satisfy anyone with an agenda? This article takes a deeper, and more balanced look, than anything else I've read:

In defence of J Edgar Hoover

After his death in 1972, Hoover's reputation swiftly changed from that of a man of integrity and honour to one of a 'monster'. Is it time to revisit the charge sheet against him?

Suggestions that Hoover was gay are “ludicrous,” Branon writes. “There is no much basis in fact for such a portrayal of Mr Hoover. It would be a grave injustice and a monumental distortion to proceed with such a depiction based on a completely unfounded and spurious allegation.”

In reply, Eastwood writes, “Please rest assured that we do not give any credence to cross-dressing allegations... nor do we intend to portray an open homosexual relationship between Mr Hoover and Clyde Tolson.... Though no one can know his private side with certainty, we hope that a thoughtful, intelligent portrayal of the man will put his life story in proper historical context.”

This exchange of letters took place before Branon had seen the film. But now that he has, he’s even more furious than he was before.

“I thought it was terrible,” he says. “An awful thing. I was sick when I saw it, especially in the light of Mr Eastwood’s letter. It’s like he’s turned Dirty Harry into Dirty Harriet. And I’d emphasise that we’re not a bunch of homophobes here; we’re just a few old guys trying to do the best we can for Mr Hoover’s legacy. I worked with both Hoover and Tolson. Trust me, neither of them were gay. If anything, Hoover was like an monk - the FBI was his church.”

The journalist and historian Charles Johnson, author of a forthcoming biography of Calvin Coolidge, also doubts if Hoover was gay. “My gut instinct is that he was probably asexual and wedded to his work. A lot has been made about how he lived with his mother for a long time, but that was pretty common for people who lived in Washington at the time. If you weren’t married and you came from the area, you lived with your family – it was a Southern tradition.”

One of the many strange things about Hoover is that a lot of people who have lambasted him for concealing his supposed homosexuality, have gone on – practically in the next breath - to accuse him of blackening people’s names by spreading unsubstantiated rumours about them. [...]

The excerpt is just about the "gay" issue, but there is LOTS more about other issues as well, read the whole thing. The larger picture of his life and what he did is much more complex and nuanced than many people, be they for him or against, would like to admit.

For even more facts, tidbits and photos, see the Wikipage: