Who knows finance best? We the People, or the government?

The title of this article is rather patronizing: 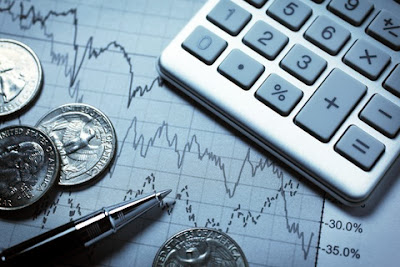 Americans think they know personal finance -- even if they don't


[...] Americans are pessimistic about the future of the country; only 23 percent believe the country is headed in the right direction and a majority isn't convinced President Barack Obama's economic policies have helped the economy, according to the latest Allstate/National Journal Heartland Monitor Poll. About half think we're still in a recession.

But what kind of financial decisions are they making? If you believe 58 percent of Americans, participating in the financial system is still the safest way to secure their families' financial futures, even if they don't think that future will be so secure. Most have checking and savings accounts and credit cards; employee-sponsored 401(k) plans are more rare, as are personal investment accounts. Yet how can one retire without them?

In other words, just because Americans think they know what the right financial decisions are, that doesn't mean they're even close to making them. For example, three-quarters of Americans say they understand what it takes to save for retirement, but nearly half (44 percent) believe they're behind in that saving.

That's not surprising, especially for older folks, said Eleanor Blayney, the consumer advocate for the Certified Financial Planner Board, speaking about the results of the poll on a panel at Washington's Newseum, Nov. 22. Admitting you can no longer drive happens last; the ability to make financial decisions goes first, she said. (Check out Paul Solman's animated explanation of Harvard economist David Laibson's research on the relationship between age and fluid intelligence. Lew Mandell, author of "What to Do When You Get Stupid," has taken to the Business Desk several times to explain how to close the retirement income gap -- before it's too late.)

But if you don't have the wages to begin with, no amount of financial planning will make a difference, Heidi Shierholz, an economist at the Economic Policy Institute, said. The recession impacted different demographics in different ways. Older Americans' savings may have taken a hit. But for young people, she explained, the biggest effect is in weaker job opportunities. [...]

See the full article for embedded links. Anyway, is it surprising, in this economy, that people aren't saving more, even though they think they should? I think Heidi nailed it; you can't save what you don't have. That hardly makes people stupid. Yet the government continues to spend money it doesn't have, and continues to borrow/print up more, faster than they can pay it back. What's THEIR excuse?

I rather enjoyed this comment, that was made below the article:

Experts have been in charge of an economy with $17 trillion in debt and unemployment of 13.8% (we should use the U6 number). Experts tell us not to worry about funding for Social Security even though only 3 pay in for every 1 who takes out. Experts have created the Affordable Care Act to help us all buy health insurance.

"Americans" have to balance their budget and pay their taxes, and they will be in legal trouble if they don't.

From whom should we take advice? If people don't have retirement accounts, is that worse than what our government has been doing to our economy for the past 30 years? If you want to write a thoughtful article on who is not thinking ahead, please criticize the "experts."

Really. We the People get into legal trouble with our government, if we don't pay our taxes. Most of us follow a budget, so we can do that and stay out of trouble.

But our government seems to think it doesn't need a budget anymore. What consequences do they face, if they don't act financially responsibly? None that I can see.

Anyway, aren't We the People supposed to BE the government? A government by the people, for the people? Something seems to have gotten lost along the way.


Here are some other links about finance, from people who learned from their mistakes:

How Not to Make Your Parents’ Money Mistakes


I work as a financial planner, a money blogger, and a personal finance writer.

But by all rights, I should not have the career and financial stability that I do.

That’s because my parents were bad role models when it came to teaching me how to handle money. Not only did my mother and father each ruin their financial lives through filing bankruptcy (twice in my father’s case), but my mother also lost her shirt investing in Las Vegas real estate right before the housing collapse. To top it off, neither of my parents saved anything for retirement. For quite some time, I followed their examples without realizing how damaging it could be.

So how did I overcome the negative financial lessons I grew up with?

I can tell you it wasn’t easy. Your parents are your first and most influential teachers, and many of the lessons they impart are subconsciously taught and learned. It can be very difficult to reverse those lessons once you reach adulthood — but it can be done.

My struggles to overcome my parents’ negative financial lessons have shown me that there are several important steps to becoming financially stable after a tough financial childhood: [...]

It's very instructive, experience from someone who's been there. One embedded link lead to this:

The 5 Stupidest Habits You Develop Growing Up Poor

But along the way, a few miracles happened (including landing a job that doesn't suck), and I've finally found myself living the way I always pictured a normal person would: bills paid, groceries in the fridge and two gold-plated nude statues of myself standing proudly in my front yard.

But as anybody who's been through the poverty gauntlet can tell you, it changes a person. And it doesn't go away just because you're no longer fighting hobos for their moonshine. For instance ... [...]