Ever Hear of The Sterling Stone?

I hadn't, till I read this:

What E’er Thou Art, Act Well Thy Part 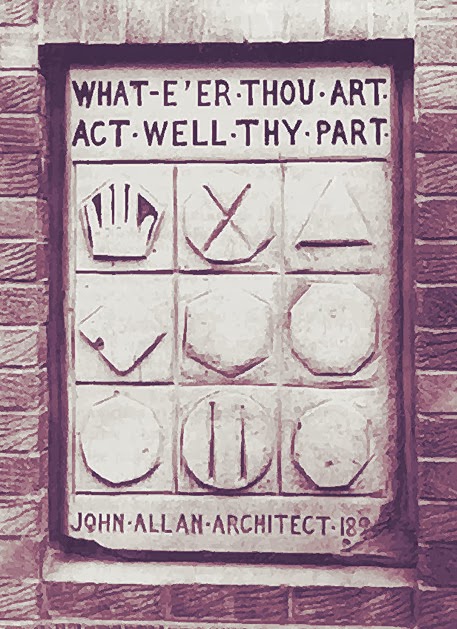 Over the door of a building that sits close to the Stirling Castle in southern Scotland, hangs a curious stone designed by John Allan, a 19th century architect known for his peculiar designs, as well as including inscriptions in his work.

At the top of this particular piece, Allan had carved a quote typically attributed to Shakespeare: “What e’er thou art, act well thy part.” Below the quotation sits a grid of nine squares, each bearing different symbols and shapes. 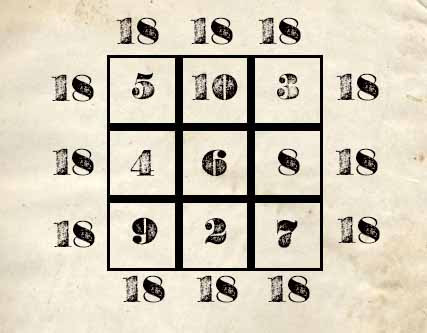 The design forms what is called a “magic square.” Each of the symbols represents a numerical value, and no matter which way you add the numbers up, they always total 18. If any of the numbers are moved or replaced with another, the tiles will no longer add up to 18, and the square will lose its “magic.” Each symbol has an irreplaceable part to play in contributing to the whole.

I have a replica of the Stirling stone sitting in my office. It reminds me that whatever part I have to play in my family, community, or work — whether it’s a big role or a seemingly minor one — it’s up to me to carry out my responsibilities the very best I can. The Stirling stone also reminds me that true happiness and fulfillment in life comes not from being recognized, but from being useful to the world around me.

For any group or culture to function as it was intended and reach its full potential, everyone must pull their own weight, from those doing the “grunt” work to those at the top of the pile. The idea that you should do your best – even in the small and obscure roles of life — isn’t a particularly sexy principle, but one much needed in our world. [...]

The rest of the article elaborates on that sentiment. A nice one to carry forward into the New Year.

I'd love to have a replica of one for my office. And a HUGE one for Congress!