When was Buddha Born?

Which is to say, what century: 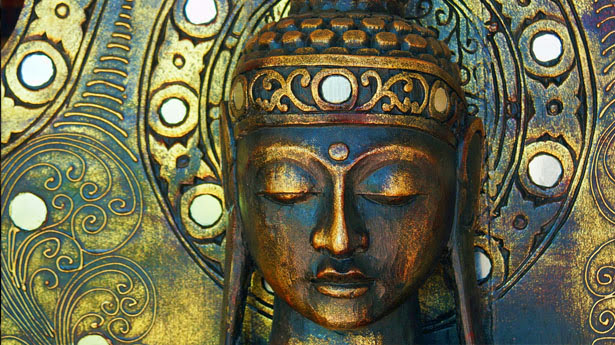 
The two archaeologists had a hunch that the Buddha’s birthplace in southern Nepal held secrets that could transform how the world understood the emergence and spread of Buddhism.

Their pursuit would eventually see them excavate the sacred site of Lumbini as monks prayed nearby, leading to the stunning claim that the Buddha was born in the sixth century BC, two centuries earlier than thought.

“The Eureka moment came in 2011, when we came across a brick temple located below the existing Asokan temple, and below that a sort of void.

“It became clear then that there was much more to this excavation.”

Over the next two years, archaeologists, geophysicists and hired workmen from Nepal and Britain worked on the site, digging in the presence of meditating monks and nuns.

“It was a very moving, very special experience to dig for traces while pilgrims prayed and paid homage,” Acharya said.

They dug for a few weeks each year and sent the samples to laboratories for analysis.

Radiocarbon and optically stimulated luminescence techniques were used to date fragments of charcoal and grains of sand found at the site.

The archaeologists also found holes, apparently meant to secure posts, in the open void below the brick temple.

“The intact holes suggested that whoever had built the brick temple had taken care not to damage the ancient structure below, suggesting the site was always considered holy,” Coningham said.

Lab tests confirmed the existence of roots within the void below the brick structure, suggesting it may have been a shrine where a tree once grew, possibly the hardwood sal tree under which many believe the Buddha was born.

The discovery, revealed in November, sparked huge excitement, but some historians have urged caution, saying the ancient tree shrine could have been built by pre-Buddhist believers.

“It is also possible that what is being described represents an older tree shrine quite disconnected from the worship of the historical Buddha,” Shaw added.

According to Coningham, however, if the Buddhists had appropriated the tree shrine from non-Buddhists, the site would not have survived relatively unscathed.

“Also, the inscriptions at Bodhgaya (where the Buddha achieved enlightenment) reveal a thriving culture of tree worship, which suggests continuity,” he added. [...]

The article goes on to say that what they are finding would seem to match what the local people believe, that Buddha was born around 623 BC.