Glenn Beck is Airing the Dirt on George Soros

No wonder Soros is funding NPR's expansion in order to compete against FOX News. It's just one of many things Soros is doing, that's mentioned in the two transcripts from Becks most recent shows: 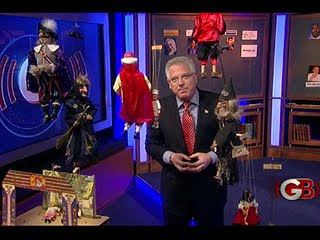 The Puppet Master: How much does George Soros control? Five Step Plan: How George Soros is trying to bring down America

I've known about a lot of that stuff for years, I post about it occasionally. But Soros is buying influence everywhere: there is so much he's up too, I can hardly keep up with it all. I'm glad Glenn Beck is compiling it.

It's nice to see Soros' plans getting some main-stream exposure for a change. It's too bad Beck didn't do this years ago. I have to wonder if it isn't too little, too late now? But I'm not giving up hope. And forewarned is forearmed. The snake in the grass, waiting to bite you, loses the element of surprise when you know it's there. Now where's that pitch fork...