Who is George Soros? 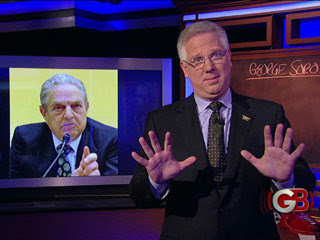 [...] Who is George Soros? And is he involved in the changes in our country? And if he is and if he is using his money to greatly influence our country, why don't I know about it? And do I agree with him? Maybe you do.

George Soros had a rough childhood. He was born in Hungary in 1930. Not the place you wanted to be in 1930, especially if you were a Jew. His mother was wildly anti-Semitic.

Again, for anybody who is crying, you know, is this some sort of anti- Semitic attack on George Soros? No, it's not. I'm not calling his mother an anti-Semite. George Soros did. Those are his words, not mine.

Quote, "My mother quite anti-Semitic and ashamed of being Jewish. Given the culture in which we lived, being Jewish was a clear-cut stigma, a disadvantage, a handicap. And therefore, she always had the desire to transcend it, to escape it."

That is pretty powerful in a child's life.

Both of his parents were non-practicing Jews. His real family name was not Soros. It was Schwartz. But what would you do if you lived in Hungary in the 1930s and '40s? Would you keep the name Schwartz?

When George was six years old, the family changed the name from Schwartz to Soros. Now, at first, it just makes sense on the surface because you're like, OK, well, of course, they're trying to stay alive. There were mad men rounding you Jews up.

But when you look at the name Soros, it's an obscure name. What does it mean? Where did it come from? Well, it means to soar.

His father was very much into this. That's how they picked the name Soros.

So when George Soros was 14, his father basically bribed a government official to take his son in and let him pretend to be a Christian. His father was just trying to keep him alive. He even had to go around confiscating property of Jewish people.

Now, imagine you are Jewish and you have to go and confiscate the property of your fellow Jews. And you are pretending to not be a Jew and if anybody finds out, you're dead. He actually had to endure watching people sendoff to their eventual murders, watching people gathering their stuff, sending them off knowing that they were going to go to their death.

What does that do to somebody? How do you deal with that? How many years of therapy would somebody need after something like that?

I am not blaming or questioning a 14-year-old or his parents for trying to keep him alive, trying to keep the family alive. I don't think anyone can understand what it must have been like to be Jewish in that scenario. Can you? Especially 14.

I don't want to question the 14-year-old. I would have, however, like to question the 80-year-old man who has never once said he regretted it. But more than that, he views it as the happiest year of his life — again, not my words, his words. Listen:

SOROS: It was actually probably the happiest year of my life, that year of German occupation. For me, it was a very positive experience. It's a strange thing because you see incredible suffering around you and the fact you are in considerable danger yourself. But you're 14 years old and you don't believe that it can actually touch you. You have a belief in yourself. You have a belief in your father. It's a very happy-making exhilarating experience.

BECK: I don't think I've ever heard anybody describe the Holocaust years like that. Maybe he's the most healthy man you've ever met. Maybe somehow or another he just got through it.

But he also has spoken how his experience in Hungary has effected his psyche. Listen to this.

UNIDENTIFIED MALE: Did anybody tell you in Hungary why they didn't like Jews at the time?

SOROS: Oh, yes. And that, of course, is something again very, very much part of my psyche, anti-Semitism, and, you know, hatred of Jews. It was quite widespread within Hungary.

BECK: Even to his own home. I mean, I would love to spend an hour — he's not going to come on this program and spend an hour with me. And we'd have bigger fish to fry than this, but I would love to understand how it affected his psyche having his mother basically agree apparently — I don't mean to judge — with the Germans on the hatred of Jews being anti-Semitic in his own home. How has he navigated that?

I'm not going to spend the time. I had invited George Soros to come on this program. He has declined.

We have bigger fish to fry, like how does he view the world? It sure would be interesting to explore how this affected his feelings on Israel, which he does not support. He donates so much money to organizations that speak out against Israel. Some stick out more than others on the donations. But is there any connection there?

I'm going to concentrate on the fact I think the lesson he learned in the horrific year of 1944 was that if you hide your true identify, you can gain power, you can survive. And those who are seen as disadvantaged or handicapped and don't hide their identity — well, they don't survive.

The next formulative step in Soros' life was college. Now, this is where he attended the London School of Economics. Now, this is the same school that Hayek was from. He wrote "Road to Serfdom." This is freedom fighter.

Fabian socialist — what are they doing? They're heating the world up in the fire that they, themselves are stoking. Why are they heating it up? Because they are about to hammer it and remold it nearer to the heart's desire.

Fabian socialists are the American progressives. It's the same thing. Heat the world up, cause the problems so the world heats up so you can remold it.

So which part of the London School of Economics does Soros favor? The Hayek side or the Fabian side? Which one? [...]

It goes on to say a lot more. Soros' education, where he gets his money from, and what he's doing with it. Much of this I knew, but some of it I didn't. Beck pulls it all together nicely. The information about Soros' Hedge funds was interesting, in light of what I've posted previously about Bill Clinton and Hedge Funds:

Democrats. Soros. Hedge Funds. Is it any wonder Soros owns the Democrat party? Birds of a feather, invest together. And these are some dirty hedge fund birds.

Glenn Beck is Airing the Dirt on George Soros

F. A. Hayek: The Road to Serfdom