Whose money is it anyway? Who EARNED it?

Is the money you earn yours, or the governments? 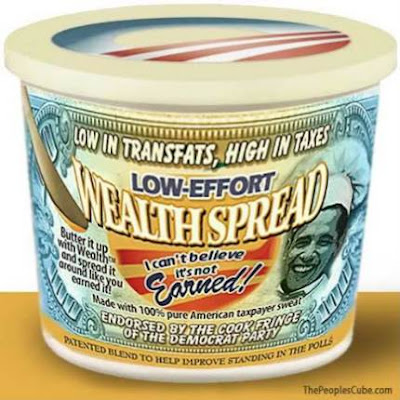 All or nothing: Stop the Obama tax increases

I’m going to keep repeating it until they stop saying it.

Republicans, you are not fighting for the extension of the “Bush tax cuts.”

You are fighting to STOP THE OBAMA TAX INCREASES.

Our fiscal conservative leaders in Washington must forcefully challenge the redistributor-in-chief’s idea that allowing taxpayers to keep money that is theirs to begin with is a government “spend.”

We sent fresh blood to D.C. to stand up for those who have been targeted ruthlessly by Obama’s war on wealth, jobs, and prosperity.

Stop the Obama tax increases. All or nothing. We’ve been punished enough.

Yes, punished enough by Democrats, and Republicans too. This time around, the Republicans better remember to "dance with the one that brung them" to the dance.