Eydie Gorme, a popular nightclub and television singer as a solo act and as a team with her husband, Steve Lawrence, has died. She was 84.

Gorme, who also had a huge solo hit in 1963 with “Blame it on the Bossa Nova,” died Saturday at Sunrise Hospital in Las Vegas following a brief illness, according to her publicist, Howard Bragman.

Gorme was a successful band singer and nightclub entertainer when she was invited to join the cast of Steve Allen’s local New York television show in 1953.

She sang solos and also did duets and comedy skits with Lawrence, a young singer who had joined the show a year earlier. When the program became NBC’s “Tonight Show” in 1954, the young couple went with it.

They married in Las Vegas in 1957 and later performed for audiences there. Lawrence, the couple’s son David and other loved ones were by her side when she died, Bragman said.

“Eydie has been my partner on stage and in life for more than 55 years,” Lawrence said. “I fell in love with her the moment I saw her and even more the first time I heard her sing. While my personal loss is unimaginable, the world has lost one of the greatest pop vocalists of all time.”

Though most recognized for her musical partnership with Lawrence, Gorme broke through on her own with the Grammy-nominated “Blame it on the Bossa Nova,.” a bouncy tune about a dance craze written by the Tin Pan Alley songwriting team of Barry Mann and Cynthia Weil.

Gorme would score another solo hit in 1964, this time for a Spanish-language recording.

Gorme, who was born in New York City to Sephardic Jewish parents, grew up speaking English and Spanish. When she and her husband were at the height of their career as a team in 1964, Columbia Records president Goddard Lieberson suggested that Gorme put that Spanish to use in the recording studio. The result was “Amor,” recorded with the Mexican combo Trio Los Panchos.

“Our Spanish stuff outsells our English recordings,” Lawrence said in 2004. “She’s like a diva to the Spanish world.” [...]

Wow, I had no idea. Read the whole thing, they had a pretty interesting life together. 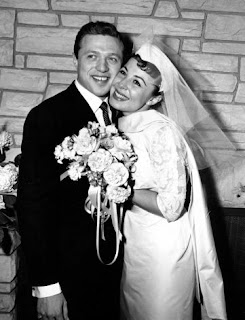 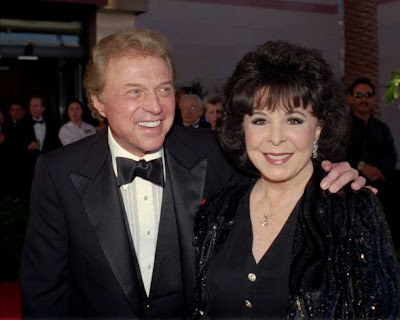