The evolution of AI (Artificial Intelligence)

I've posted previously about how slow it will be, that we won't have something approaching human intelligence anytime soon. But, eventually, as AI evolves, it could start working on itself, and then start advancing very quickly: 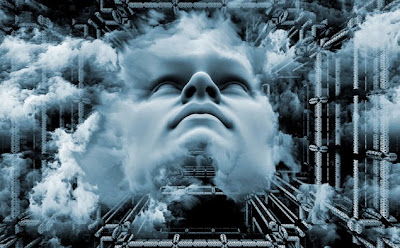 How Artificial Superintelligence Will Give Birth To Itself


There's a saying among futurists that a human-equivalent artificial intelligence will be our last invention. After that, AIs will be capable of designing virtually anything on their own — including themselves. Here's how a recursively self-improving AI could transform itself into a superintelligent machine.

When it comes to understanding the potential for artificial intelligence, it's critical to understand that an AI might eventually be able to modify itself, and that these modifications could allow it to increase its intelligence extremely fast.

Once sophisticated enough, an AI will be able to engage in what's called "recursive self-improvement." As an AI becomes smarter and more capable, it will subsequently become better at the task of developing its internal cognitive functions. In turn, these modifications will kickstart a cascading series of improvements, each one making the AI smarter at the task of improving itself. It's an advantage that we biological humans simply don't have.

When it comes to the speed of these improvements, Yudkowsky says its important to not confuse the current speed of AI research with the speed of a real AI once built. Those are two very different things. What's more, there's no reason to believe that an AI won't show a sudden huge leap in intelligence, resulting in an ensuing "intelligence explosion" (a better term for the Singularity). He draws an analogy to the expansion of the human brain and prefrontal cortex — a key threshold in intelligence that allowed us to make a profound evolutionary leap in real-world effectiveness; "we went from caves to skyscrapers in the blink of an evolutionary eye."

The Path to Self-Modifying AI

Code that's capable of altering its own instructions while it's still executing has been around for a while. Typically, it's done to reduce the instruction path length and improve performance, or to simply reduce repetitively similar code. But for all intents and purposes, there are no self-aware, self-improving AI systems today.

But as Our Final Invention author James Barrat told me, we do have software that can write software.

"Genetic programming is a machine-learning technique that harnesses the power of natural selection to find answers to problems it would take humans a long time, even years, to solve," he told io9. "It's also used to write innovative, high-powered software."

For example, Primary Objects has embarked on a project that uses simple artificial intelligence to write programs. The developers are using genetic algorithms imbued with self-modifying, self-improving code and the minimalist (but Turing-complete) brainfuck programming language. They've chosen this language as a way to challenge the program — it has to teach itself from scratch how to do something as simple as writing "Hello World!" with only eight simple commands. But calling this an AI approach is a bit of a stretch; the genetic algorithms are a brute force way of getting a desirable result. That said, a follow-up approach in which the AI was able to generate programs for accepting user input appears more promising.

Barrat also told me about software that learns — programming techniques that are grouped under the term "machine learning."

The Pentagon is particularly interested in this game. Through DARPA, its hoping to develop a computer that can teach itself. Ultimately, it wants to create machines that are able to perform a number of complex tasks, like unsupervised learning, vision, planning, and statistical model selection. These computers will even be used to help us make decisions when the data is too complex for us to understand on our own. Such an architecture could represent an important step in bootstrapping — the ability for an AI to teach itself and then re-write and improve upon its initial programming. [...]

It goes on about ways that we could use to try to control AI self-evolution, and reasons why such methods may -or may not- work, and why. Read the whole thing, for many embedded links, and more.