Distraction as a form of Therapy

These are from a philosophy blog I posted about last week:

Distraction therapy, or ‘shut up and deal’


[...] Sometimes, in the darkness, we need to give our minds a rest, and find a distraction. Games are good for that. It reminds me of Billy Wilder’s film, The Apartment. Shirley Maclaine’s character has tried to kill herself with an overdose. Jack Lemmon’s character finds her, resuscitates her, and then tries to keep her awake and busy by playing cards with her. When she asks him what’s the point in life, he replies: ‘shut up and deal’ – a line she repeats to him at the end of the film, when she has recovered and they’re in love. 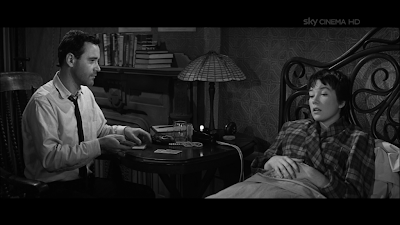 One of the few philosophers who understood our need for distractions amid the existential confusion was Blaise Pascal, the 17th century French philosopher and mathematician. He’s a fascinating figure – he was one of the leading mathematicians of his age, he almost died in a riding accident, and then had a sort of near-death experience (known as his ‘nuit de feu’ or ‘night of fire’), after which he became a religious philosopher. But he’s fascinating even if you’re not theist - he’s really the first existentialist philosopher, in that he has an acute sense of the mystery of existence and the absurdity of human endeavour.

His Pensees, or ‘thoughts’, are a collection of brief meditations on existence. Here’s one of them: [...]

Read the whole thing. It actually starts with a letter from a reader, who talks about how his relentless search for meaning of the mysteries of life, lead to great and deep depression. And how he eventually got himself out of it, through distraction therapy, while still remaining a "seeker". The article then goes on to talk about how many of the great minds of history knew this, and how even modern medicine is recognizing it today.

Following a similar theme, another blog post is advice to a teenager, who decided after smoking Marijuana, that life was pointless, resulting in deep depression:

What’s the point in life?


[...] This is exactly what I felt like when I was in late adolescence and early adulthood. And I think it’s a classic psychological journey. It’s the Fall of Genesis. It’s also what happened to the Buddha – happy teenager, then a sudden shock to his world-view, then a period of depression and searching. A lot of us go through the Fall when we’re in our late teens or early 20s. It’s a nasty surprise, not something our parents or teachers told us about, although it’s described in many books.

The Fall is really an awakening. It’s our consciousness realizing that some of the things we believed in are actually a bit of a charade.

When I was 17 or so, I went through one of these awakenings – suddenly, the world seemed a rather sordid and selfish place. Everyone else seemed a bit of an egotistical phony, chasing after their shallow and pointless goals. Getting a career, getting a nice house with a nice lawn and a nice wife, getting a thousand followers on Twitter…what’s the point!

And what lies beneath all the ego, all the desire, all the shadow puppetry? Nothing. The abyss. Human life is a game of charades played over a trapdoor of nothingness, and every now and then the trapdoor opens, one of the actors disappears below, and everyone goes on like nothing happened!

I didn’t exactly choose to awaken to the emptiness of constructed reality. It was an accidental awakening – maybe through drugs, which can alter our consciousness and make us see things differently. Some people go through similar accidental awakenings through, say, meditation – suddenly everything seems a bit empty and pointless. Or it might happen to them when they first lose someone they love. They notice the trapdoor beneath their feet and think: ‘what’s the point!’

This kind of awakening to the emptiness of our constructs has been called the Dark Night of the Soul. In truth, it happens occasionally through life. It comes with being human, unfortunately, and with being blessed / cursed with consciousness.

So how do we get out of it? How do we discover a sense of purpose or meaning?

People get out of the darkness two ways. Firstly, some people just fall asleep again. Life changes, and they stop thinking such deep thoughts, and get caught up in the game once more. Actually, this happens to everyone. You fall in love, you get a great job, you go on holiday, and things are fun again, and you shelve your inner Hamlet and enjoy the festivities.

There is nothing wrong with this at all. Sometimes the game of charades is a really fun game, and it’s fun to get involved, though unfortunately we often forget it’s just a game and end up totally believing in it and taking it very seriously.

Secondly, some people get out of the darkness by discovering a philosophy or an attitude that helps them through it and gives them a sense of meaning. Their old philosophy – ‘be happy-go-lucky’ - doesn’t quite work anymore, but they discover a new philosophy which works better.

Which is this: We’re here to know ourselves, to discover our nature, and to help other people do the same.

The journey to know ourselves is not an easy one. It involves a lot of wrong turns, a lot of dark forests, steep mountains and sinking swamps. And we meet bad people along the way, fools, liars, egotists, and people who wish us harm. What makes the journey particularly difficult is, when we ask passers-by how to get to our destination, they all give us different directions, and they all seem immensely confident that they’re right.