Why I support Mitt Romney for President 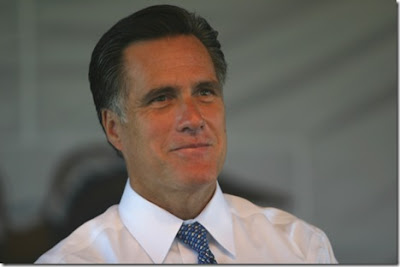 Because Fred Thompson dropped out? Well yeah, there is that. ;-) But even then I wanted Mitt for veep. But here is why I now support Mitt for president:

1.) Mitt was a Governor. I much prefer Governors to Senators as presidential candidates. Seeing how they governed a state gives you some clues as to how they might govern a nation, and if they are up to the job or not.

2.) He was Governor of Massachusetts. A Republican Governor, in a state where only 14% of the population is registered Republican. That's quite a feat.

I grew up in nearby Connecticut, and went to college in Boston for a year. I dropped out, got a job and continued living and working in the state for a while, till I saved up money and moved to California. I explored a lot of left wing political groups while I worked there. I'm no stranger to Massachusetts and some of it's political workings.

Anyone who is Governor of that state HAS to work with Ted Kennedy; he isn't just a Senator; he's a local "god". Whatever you think of him, you'd better find a way to work with him, or you will accomplish NOTHING.

The fact that Romney had enough appeal to get elected in such a blue state as MA is a wonder in itself. The fact that he could actually work with Ted Kennedy to accomplish anything is... probably more than I could do! In college, I learned very quickly to choose my words about the Senator very carefully when talking to the locals. Blasphemy was not looked kindly on.

3.) Democrats DID vote for Mitt! Ronald Reagan also had that talent. In a national election, it can be a handy appeal to have if you want to WIN.

Some conservatives don't like that he was Governor of a blue state. Even so, he lived and raised a family there; why NOT be Governor there? 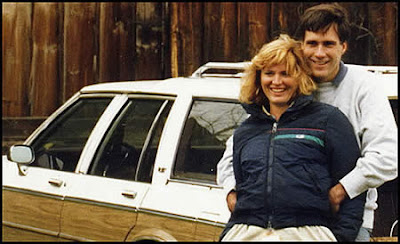 We live in a country full of blue states as well as red. Being able to talk to and negotiate with the other side is not a bad thing. In fact, many would say it's necessary and important.

4.) He is a successful business man, with a long track record of successes. He lives in the real world, not Washington D.C. He's turned around many a failing business. He has an excellent understanding of economics and the things that cause an economy to flounder or thrive. Clearly that's something we are in need of now.

5.) He's a Washington D.C. outsider. He understands why many of us think Washington stinks, and we are fed up with it. He wants to turn it around, like he's done with many a failing business. That's a tall order, but I think the can bring the experience, the diplomacy, and a fresh perspective and the know-how to get it done.

6.) He is now the most conservative candidate running on the Republican side. To those he claim he's not conservative enough, I suggest that you look at who you might end up with instead.

Different people have different requirements about what makes someone a conservative or not. I don't require a 100% conservative straight jacket for any Republican candidate, and I'm pretty sure that most of the American voting public doesn't either. Mitt is conservative enough in the ways that matter to most. We don't vote for perfect candidates, we vote for the best one available for the job. The "perfect" is the enemy of the "good". Accept the good when it's offered to you, or you're likely to get... less. Much less.

7.) The Editors of National Review have endorsed Mitt. This means a lot to me. I've been a National Review fan for many years. I've found it's commentary and analysis over the decades to be thoughtful, considered and well reasoned, and I believe the editor's endorsement of Mitt is likewise. Thank you, NR. 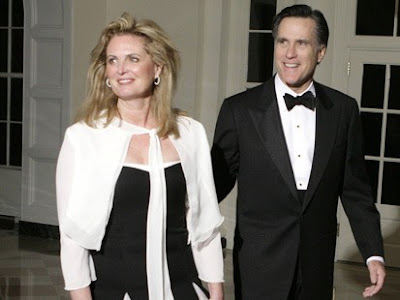 8.) As Governor of Massachusetts, he introduced health care reforms by making existing systems function more efficiently, by assembling a task force to find out where the problems were, why people were not insured, and what they could do about it, and all without creating more taxes or a socialist bureaucracy. Some conservatives have unfairly called this "Hillerycare". Romney is in fact one of the few Republicans that has even tried to address this issue by actually doing something tangible about it. And he is FAR MORE open to the private sector and non-governmental solutions than Hillery would ever dream of. He is willing to think outside of the box. That is often how solutions are found.

Mitt is my new horse in the race. I hope you will consider him, too.

Romney to the Rescue

The Real Mitt Romney? Is he electable?

Agree on all points except #8, but all in all I find Romney to be a good candidate and am supporting him to the max.

About #8, Romney was restricted to working with the laws of his state. On a Federal level, he may be able to do more to remove impediments to health care in the free market, such as removing restrictions on buying health insurance across state lines. Republicans can fix health care by allowing the free market to work.

What I was trying to say in #8 was not that Mitt should do for the country exactly what he did in MA, but rather, that he would be more likely to address health care reform from a free-market perspective.

I love Mitt Romney. He is so elegant and has a lot of class. I would suggest that "mitt can catch anything " for a slogan for his campaing.