The Fifty Seven States of America?

Anyone can make a slip up in a speech. But you have to wonder where he got 57 from. He claims he was tired; he's used that excuse before. But he's a lot younger than John McCain, who doesn't use the "tired" excuse all the time. Maybe Obama isn't up to the job?

From Tammy Bruce: These 57 United States of America 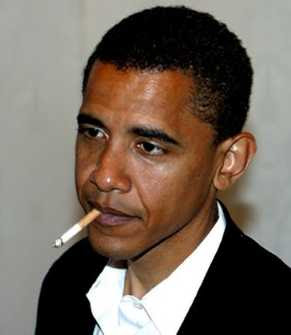 That's the state count according to Barry Obama. And liberals say McCain is the 3rd Bush! Hahahaha! And hey, it's turning into a Barrypalooza day, and we're still 27 weeks away from the general election.

We all know he doesn't really give a damn about the United States but is it too much to ask him to pretend a little better that he might have a clue about the country? He doesn't mind causing damage by raising taxes. He likes having associations with racist bigots and unrepentant terrorists, and now it's revealed he has no clue how many states are in the union itself. Yeah, that's a man who deserves to sleep where John Adams, Abraham Lincoln, FDR, JFK, and Reagan slept. [...]

Read the rest for the context and details, including his "numeracy" excuse... before his aids cut him off.

He's made numerous mistakes with numbers before. I can sympathize, because I don't always remember numbers well either, but then I'm not running for president. Speaking in a campaign, you can't afford to be that sloppy, that often, unless you don't mind people thinking you're sloppy. Or flakey. And I think I could remember 50 states even if I was tired.

Obama may be a nice guy on a personal level. He has great public speaking skills when he sticks to the script. But at best, he's a junior senator with limited experience. He's too new to the political arena, too much of a light-weight. I really doubt that he's up to the job he is applying for.

Is it possible that they 57 state thing was liberal code: Like if you count Puerto Rico and such?

He might have been sending a little joke to his socialist pals.