I didn't do my usual Weekly Chick Pic this past weekend, as there was a bunch of other stuff that needed my attention. And, I'm sure pics of baby chicks growing aren't all that interesting to most people. They are to me, because I handle them every day and they are almost like pets. 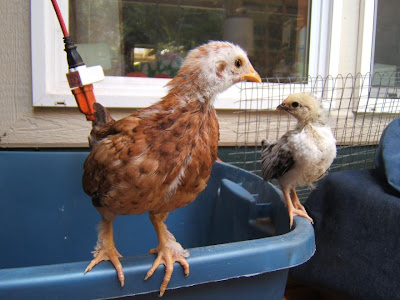 But also, birds are just plain difficult to photograph. They move around a lot. They often look away from the camera or flap their wings or run or otherwise make sudden movements that ruin a potentially good photograph. 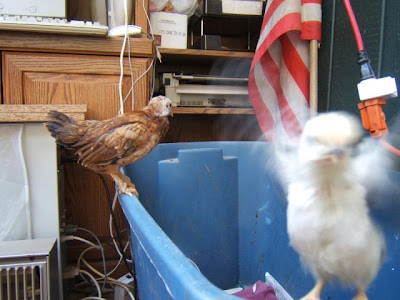 Thank goodness for digital cameras, I couldn't afford the wasted film trying to photograph birds. I once read that Lucille Ball would not allow any pictures of birds in her house, because she loved birds and felt that pictures could never do them justice. I tend to agree, in the sense that much of what makes birds beautiful to look at is their movements.

I got a new video camera about a month ago, the ZR800 which I had talked about in an earlier post. I was actually hoping to do a short video of the chickies for the Farm Report, but other priorities took over. Maybe next week.

New video camera? Cool. Can't wait to see what you come up with. Also want to know how you like it and so forth. I'm pondering one myself...

It's a neat camera, but it's so... SMALL. I'll have to do a post about it, hopefully sometime soon. I've still got to read the manual, charge the batteries, and try it out.