Photos of Mercury from the Messenger Probe

Apparently it took years to arrive there, because it had to follow a convoluted path to avoid being destroyed by the sun's gravitational pull. 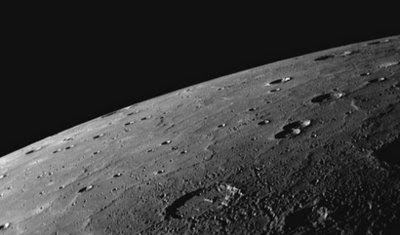 First photos of Mercury from orbit

There are 19 pics. Some in color, but not a lot of color to see. Some purple, blue and beige tinges. Mostly grey, looks a lot like the moon at first, but there are significant differences. The photo quality is MUCH better than the old photos from the Mariner mission. And it has a lot more than just cameras, measuring all kinds of new data. Did you know Mercury has an atmosphere? 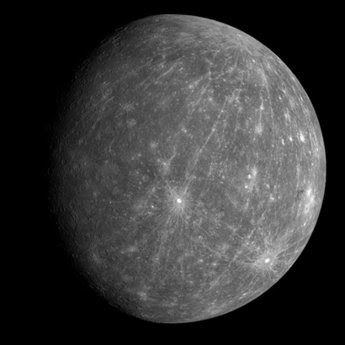 It's a planet with plenty of mysteries yet to be revealed.

The closest planet to our sun, and the smallest in the solar system, is also one of the least understood. Compared to more glamorous planets like Mars, Jupiter and Saturn, Mercury has received much less attention from scientific study missions. But NASA's Messenger probe is set to reveal the secrets behind the odd planet. The probe has flown by Mercury three times and will enter orbit around the planet in March — the first spacecraft ever to do so.

Here's a look at some of Mercury's most enduring mysteries. In the words of Messenger science team member Robert Strom, "The best is yet to come. What you're seeing here is just the tip of the iceberg." [...]

I find it all fascinating, and will continue to follow it with great interest.