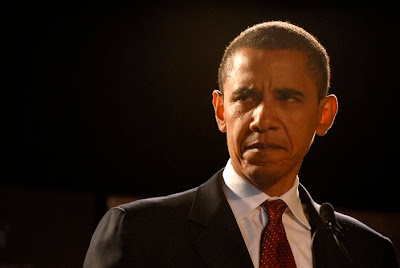 From Thomas Sowell: A Living Lie

An e-mail from a reader said that, while Hillary Clinton tells lies, Barack Obama is himself a lie. That is becoming painfully apparent with each new revelation of how drastically his carefully crafted image this election year contrasts with what he has actually been saying and doing for many years.

Speaking privately to supporters in heavily left-liberal San Francisco, Obama let down his hair and described working class people in Pennsylvania as so "bitter" that they "cling to guns or religion or antipathy to people who aren't like them."

Like so much that Obama has said and done over the years, this is standard stuff on the far left, where guns and religion are regarded as signs of psychological dysfunction -- and where opinions different from those of the left are ascribed to emotions ("bitter" in this case), rather than to arguments that need to be answered.

Like so many others on the left, Obama rejects "stereotypes" when they are stereotypes he doesn't like but blithely throws around his own stereotypes about "a typical white person" or "bitter" gun-toting, religious and racist working class people.

However inconsistent Obama's words, his behavior has been remarkably consistent over the years. He has sought out and joined with the radical, anti-Western left, whether Jeremiah Wright, William Ayers of the terrorist Weatherman underground or pro-Palestinian and anti-Israeli Rashid Khalidi.

Obama is also part of a long tradition on the left of being for the working class in the abstract, or as people potentially useful for the purposes of the left, but having disdain or contempt for them as human beings.

Karl Marx said, "The working class is revolutionary or it is nothing." In other words, they mattered only in so far as they were willing to carry out the Marxist agenda.

It is understandable that young people are so strongly attracted to Obama. Youth is another name for inexperience -- and experience is what is most needed when dealing with skillful and charismatic demagogues. [...]

(bold emphasis mine) This describes so well what I was trying to explain about the wealthly San Francisco Democrats Obama was addressing: they purport to be for the working class, but they actually despise them. It was hard to pick excerpts from this, Thomas packed in so many relevant points, about Obama's senate record and much more. It's well worth reading the whole article.


John Fund at the WSJ also looks at Obama's flaws, and some of the reasons that they are only being examined now:

Barack Obama's San Francisco-Democrat comment last week – about how alienated working-class voters "cling to guns or religion" – is already famous. But the fact that his aides tell reporters he is privately bewildered that anybody took offense is even more remarkable.

Mr. Obama has prospered in Democratic primaries. But as John Harris and Jim VandeHei note in Politico.com, that's in part because these primaries have "been an exercise in self-censorship" about Mr. Obama's weaknesses. It is "indisputably true," they write, that "Obama is on the brink of the Democratic nomination without having had to confront head-on the evidence about his general election challenges."

There are many. His statements that he wants to withdraw U.S. forces from Iraq, combined with his lack of foreign policy experience, could hurt him. And his aides are hard pressed to come up with any deviations in a voting record the nonpartisan National Journal calls the most liberal of any U.S. Senator.

As a state legislator he was even more off-center. In 1996, he opposed the Defense of Marriage Act, which the Senate approved 85-14 and President Clinton signed into law. He twice voted "present" on a bill to ban partial-birth abortions. In 1999, he was the only state senator to oppose a law that prohibited early prison release for sex offenders.

Mr. Obama also backed a total ban on handguns, a move his campaign now says was the result of a rogue aide filling out a questionnaire. But Mr. Obama's own handwritten notes were found on the questionnaire, calling into question the campaign's version of what happened.

Everyone knows Mrs. Clinton's electoral vulnerabilities – GOP consultant Mike Murphy jokes that "half of the country thinks she rides a broom." But Mr. Obama has shown weakness with key Democratic constituencies. He's had to fend off concerns about his Middle East policies with Jewish voters; he's also won only a third of Hispanic primary voters.

Then there is trade, where his insincerity is at least as clumsy as Mrs. Clinton's. During the San Francisco episode, Mr. Obama had a throwaway line about how working-class voters fixate on "anti-trade sentiment" in order to vent their frustrations. But isn't it Barack Obama who has been spending months stirring up "anti-trade sentiment?" He has threatened to yank the U.S. out of the North American Free Trade Agreement unless Canada and Mexico renegotiate it. Last week, he denounced the Colombia Free Trade Agreement.

According to Canadian diplomats, top Obama economic adviser Austan Goolsbee admitted to them that they could dismiss his man's anti-Nafta rhetoric. All of this makes Democrats wonder if Mr. Obama is ready for prime time.

But they have themselves to blame for letting him get this far largely unexamined. While Republicans tend to nominate their best-known candidate from previous nomination battles (Richard Nixon, Ronald Reagan, George H. W. Bush and now John McCain), Democrats often fall in love during a first date. They are then surprised when all the relatives don't think he's splendid. [...]

That's almost laughable, except that the Democrats have take "emotional thinking" so far that Obama is practically already nominated, without even being thoroughly vetted and examined. I'm not sure which is more disturbing: the fact that he made it this far without being questioned and examined, or the fact that none of this seems to matter in the polls, as there seems to be a large mass of emotional thinkers who are going to follow their "feelings" and vote for him no matter what.

Also, I'm sure many of the Democrats running the party these days knew all these things, and didn't care. The Party has gone so far left, and they believe the American Public is so stupid, that they could ignore the inconvenient truths about him, and sell Obama "emotionally" as a Rockstar/Messiah/American Idol. Facts don't matter anymore, IF you can distract enough people from looking at them.


Neal Boortz has some more info on Obama's finances:

Interesting facts ... for anyone who thinks it matters.