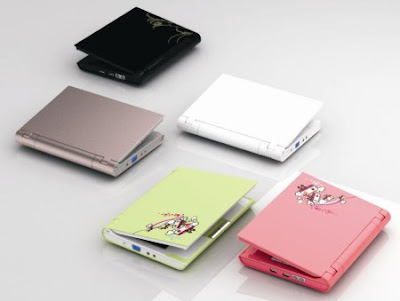 But only to stores in Europe, so far. From DesktopLinux.com:

The unusual name may be intended to remind shoppers of Asus, the better-known brand responsible for the popular Eee mini-notebook. Or, it may be derived from the device's Loongson 2F CPU: the Loongson was code-named "Godson" by its developers in the CAS (Chinese Academy of Sciences) in the People's Republic of China. The Linux-oriented CPU is based on a derivative of the MIPS64 architecture, albeit without patented portions, such as unaligned 32-bit load/store support. [...]

(bold emphasis mine) Wow. I knew that Christianity was taking off in a big way in China, but this it the first time I've seen it's influence manifested in the high tech world. It's not a big deal, but I find it interesting.

The rest of the article deals with the technical specs of the units, and compares them with the Asus Eee, which Jisus was made to compete with. I can only wonder if and when Jisus will make it to the United States. I hope it does. The more, the merrier! Would it keep the same name, and would Americans like it? It might be fun to see.