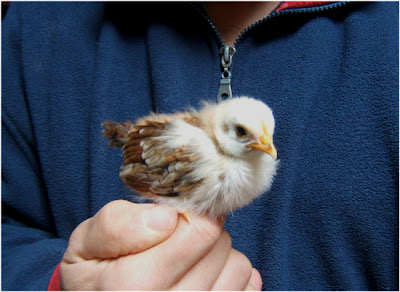 She (I'm guessing the sex) was difficult to photograph this week, as she's getting quite active. She can actually fly now, and while she does enjoy sitting on my finger like a parakeet, she fidgets a lot. She's tamer than other chicks I've raised, because we have so few that I've been able to handle her a lot.

Here she is strutting around the back porch: 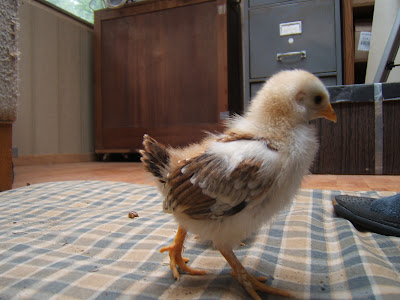 She's started getting tail feathers, which I suspect she gets from her Bantam father, not her Cochin mother. She only has one sibling, who was born last week. He (I'm guessing the sex) is a pure Bantam, thus much smaller than she: 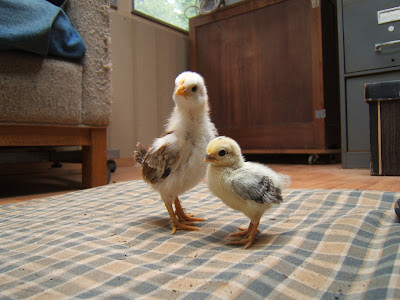 There is only one weeks difference between the two; yet it's like looking at
Mutt & Jeff. Pat posted last week about their gruff introduction, where she tried to peck his eyes out. But after a few attempts at integration they adapted to each other, and now he follows her everywhere, and they've become inseparable.

Our first chick of this year...