The Romney Surge is Beginning... 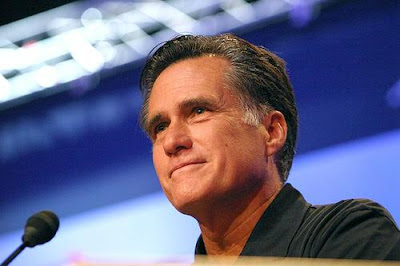 At least I think so. Romney is gaining support, and isn't giving up:

Romney Expects to Fight on Past Tuesday

Despite John McCain's building political momentum, Mitt Romney said Saturday he does not expect the Republican presidential nomination to be settled during the coming week and he is planning to continue campaigning beyond Super Tuesday.

The former Massachusetts governor said the number of states up for grabs, his prospects of succeeding in some of the 20-plus GOP contests that day, as well as a growing concern within the Republican Party about conferring the nomination on McCain give him reason to fight on.

During a news conference late in Minneapolis, Romney celebrated a caucus victory Saturday in Maine, noting that it came despite McCain's backing by the two U.S. senators in Maine, Olympia Snowe and Susan Collins.

"This is a people's victory," Romney said. "It is, in my view, also an indication that conservative change is something that the American people want to see. I think you're going to see a growing movement across this country to get behind my candidacy and to propel this candidacy forward. I think it's a harbinger of what you're going to see on Tuesday."

Romney also said his campaign has seen an uptick in donations - $345,000 in one day last week versus a typical daily take of $50,000 - as the race has crystallized into a two-man contest between him and McCain.

"I think one of the dynamics that changed is that conservative Republican and mainstream Republicans, all over the country, in the last 48 hours or so, have concentrated on the prospect of Senator McCain being our nominee and are saying, 'That's not the direction we want to go,'" Romney said. [...]

Good! If Super Tuesday doesn't decide it, he will keep going and may yet make it to the White House, as splintered parts of the Republican party now unite to rally around him. 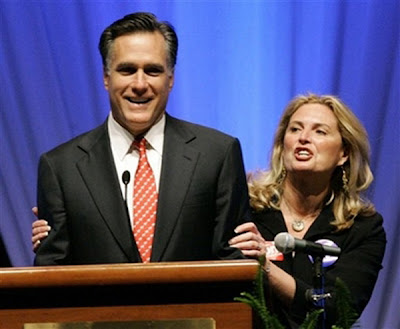 If Sen. McLiberal, err..McCain gets the nomination it will be Bob Dole '95 Redux...a grumpy old man loses an electoral landslide despite numerous endorsements from GOP elected officials.

I think the "grumpy" factor is a lot more important than people realize. Studies show that the most optimistic candidate wins. It's not McCain's strong point.