Brexit: Could it break up the UK?

That is just one of many concerns: 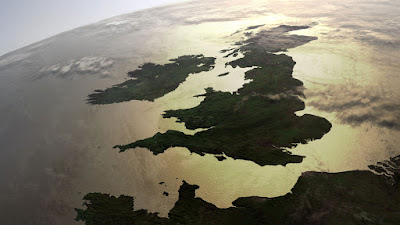 Could the UK hold another Brexit vote?

London (CNN)The UK made a historic decision to leave the European Union on Thursday -- but has so far hesitated on pulling the trigger to go.

Now questions are being asked as to whether it has to happen. Here are the scenarios in the conversation. [...]

The whole article is worth reading, but this may be the most relevant point:


[...] In Scotland -- where 62% of voters cast a ballot to remain in the EU -- Scottish First Minister Nicola Sturgeon has suggested the devolved Scottish Parliament could attempt to veto a Brexit.

She also said Scotland could pursue a second referendum on leaving the United Kingdom in the event of a Brexit. Scots voted by 55.3% to stay in the UK at an earlier referendum in 2014.

Similarly, in Northern Ireland, where 56% of voters want to remain in the EU, Deputy First Minister Martin McGuinness has called for a poll on a united Ireland.

Cameron said Monday that Scotland's Parliament did not have the legal power to veto the referendum result, a position backed by Mark Elliott, professor of public law at the University of Cambridge.

As Elliott explains in a blog post, this is because the UK Parliament in Westminster is sovereign, and has not given away any of its powers to devolved legislatures like those in Scotland or Northern Ireland.

But Jo Murkens, an associate professor of law at the London School of Economics, argues that while Scotland and Northern Ireland may lack the legal power to veto a Brexit, the threat of the breakup of the UK presented a "political and moral" veto.

It is incumbent on Westminster MPs -- who were not just there to "implement the view of the people," but to "exercise political judgment" -- to block the Brexit to prevent the fracturing of the kingdom, he told CNN.

"It's not 52 percent to 48 percent -- it's 2 to 2," said Murkens. "Two nations have voted to remain and two nations have voted to leave. And if the overriding objective is to keep the United Kingdom together and intact, then MPs have a duty to read this referendum result differently and say in order to preserve the UK we will not leave the EU."

Pro-Remain MPs outnumber Leave backers in the House of Commons by about 3 to 1.

Armstrong agreed that the sentiments in Scotland and Northern Ireland could play a major role in how Britain's political class navigates its way out of the crisis.

"Once that politics starts to play out a bit more, and it becomes clear that it's not just a case of the UK withdrawing from the European Union but the UK itself falling apart, that again may crystallize minds in terms of what the future looks like," he said. [...]

Read the whole thing for embedded links and video. It will be... interesting to see how this unfolds. I think that the powers that be will not be in a rush to break up the UK. How they will avoid it, is another question. I expect there will be a lot of negotiating and compromising attempted, but who can say where it will lead to? Time will tell.