Tancredo: Biggest Fake News Story of the Year Is Russia Hacking the 2016 Election

[...] So, pardon me if I consider President Obama’s moral outrage over alleged Russian interference in 2016 the height of political hypocrisy. Sadly, the only surprising thing about this manufactured ruckus is how many Republicans in Congress have joined the charade. Obama has his political axe to grind, and so do Senators Lindsey Graham and John McCain, political losers who have not let up on their criticism of Donald Trump since November 8.

United States government sponsorship and funding of interventions in foreign elections has been official government policy for at least 50 years since the Cold War began in the 1950s, and it has had bipartisan Congressional support. Millions of taxpayer dollars are spent ANNUALLY on such activities.

Hacking into computers to steal sensitive data, email messages and other information is simply the use of new technologies to pursue traditional foreign policy goals. It is not news that the Russians do it, and Obama has known it for eight years since the day he walked into the Oval Office. He also knows his own government is doing it on a massive scale.

So, I must ask: What is so different or so shocking if Russia was somehow involved in assisting the WikiLeaks theft and subsequent publication of the highly embarrassing DNC emails that damaged Hillary Clinton’s campaign? The New York Times and Washington Post showed no moral scruples when publishing other WikiLeaks-obtained information embarrassing to American politicians and national security interests. Why are the DNC emails more sacrosanct than Hillary Clinton’s 33,000 missing emails?

The brazen dishonesty and hypocrisy of the allegations of “Russian hacking of the 2016 election” is made even more grotesque by the sophomoric media bait and switch: While Russian hacking of both industrial secrets and government agency data is widespread, as is hacking by Chinese and North Koreans and others, there is no evidence of hacking into election machines or any attempted compromise of 2016 election tabulations.

Simply put, there is yet to be any evidence of Russian “hacking” of the 2016 election. And yet, the White House and the media establishment is intent on planting that idea in the American political conversation as if it were a proven fact. Trying to influence American public opinion is not the same as manipulating the election results and the attempt to confuse and confound the two is an insult to the American people.

The whole fabric of this fake news story is a fiction intended to mislead the public and cast a shadow of illegitimacy over the electoral victory of Donald Trump. Yet, when we look beyond the screaming headlines and examine the facts of the matter, we find there is no evidence the Russians have done anything that the US government isn’t doing TODAY in a dozen places around the globe. But somehow, we are supposed to believe they have engaged in impermissible interference in our politics. [...]

Read the whole thing. The facts are there, for anyone who bothers to pay attention.

As I said in another post, are they lying now or were they lying then? Either way, they ARE lying. And their biggest concern is that scandalous activities of the DNC were exposed by the Russians, not that the DNC was engaged in scandalous activities that could be exploited. We are supposed to be upset because DNC dirty laundry was exposed? And only now, because they lost the election, not before, when the same people blaming the Russians now, insisted before that Russian hacking was not a problem and everything was safe and under control.

It's time for a change. Throw the liars out.

Why Apps Won't Matter in the Future: Aggregators

... and smart bots and personal assistants:

Oh, and streaming. As technologies quickly change and evolve, so will the many ways we use them. Today's solution is tomorrow's history. The video also points out why these developments and trends are both exciting and scary.

File this under "Not your grandfather's Russia". I was perusing foreign radio stations on my Alexa app, when I came across this song on a Russian radio station. It sounded so modern, so ... "un-Russian", and it made me curious to know more. Here is a clip of the song being performed on a TV show. I think the song is in Russian, but I'm not sure, I think the couple performing are Ukrainian, and the Russian and Ukrainian languages are very similar, but the song and the dance are great, here it is, at what looks like Christmastime:

When I looked for the song, I found the Original Music Video on Youtube, where at one point it was the most watched video on Youtube by Russians. Clearly, some of my concepts about Russia need updating!

Russian cyberhacking, and our election.
What's the most important lesson?

Russia Today: Not your grandfather's Russia. At least, not in every way. Some things haven't changed much, others have changed a lot. Check out Moscow's new business district: 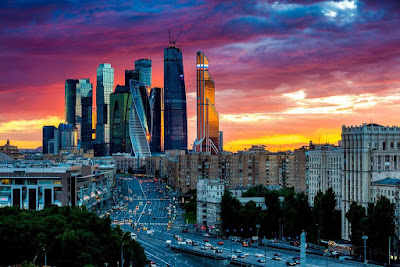 Financially things are changing rapidly. With the end of the cold war they now have access to much more technology, science and information resources than before. So, could the Russians have hacked our election, to influence the outcome? This NYT hit piece tries to establish that. Much of it is quite irritating:


[...] Yared Tamene, the tech-support contractor at the D.N.C. who fielded the call, was no expert in cyberattacks. His first moves were to check Google for “the Dukes” and conduct a cursory search of the D.N.C. computer system logs to look for hints of such a cyberintrusion. By his own account, he did not look too hard even after Special Agent Hawkins called back repeatedly over the next several weeks — in part because he wasn’t certain the caller was a real F.B.I. agent and not an impostor.

“I had no way of differentiating the call I just received from a prank call,” Mr. Tamene wrote in an internal memo, obtained by The New York Times, that detailed his contact with the F.B.I. [...]

No way of differentiating the call? What complete and utter Bullshit. You ask the caller for their phone number, and tell them you will call back. Then you check the number on-line to see if it is a number from the place they claim they are calling from. You can even call the FBI and ask them if it's one of their numbers, and if the caller works for them. Even idiots and morons know this.

The article is full of shit like this. The truth is, they couldn't be bothered to take it seriously. Not until AFTER they lost the election. Rather than blame the unpopularity of their candidate and numerous other factors, they are looking for any excuse they can find to put the blame elsewhere, AND try to invalidate the election because they didn't get the result they wanted. And look at this BS:


[...] By last summer, Democrats watched in helpless fury as their private emails and confidential documents appeared online day after day — procured by Russian intelligence agents, posted on WikiLeaks and other websites, then eagerly reported on by the American media, including The Times. Mr. Trump gleefully cited many of the purloined emails on the campaign trail.

The fallout included the resignations of Representative Debbie Wasserman Schultz of Florida, the chairwoman of the D.N.C., and most of her top party aides. Leading Democrats were sidelined at the height of the campaign, silenced by revelations of embarrassing emails or consumed by the scramble to deal with the hacking. Though little-noticed by the public, confidential documents taken by the Russian hackers from the D.N.C.’s sister organization, the Democratic Congressional Campaign Committee, turned up in congressional races in a dozen states, tainting some of them with accusations of scandal. [...]

So the problem was not that the DNC was involved in activities that led to scandals, it was that Russian hacking exposed the scandalous activities to the American public?

No matter what the Russians did or did not do, the fact is the Democrats are weak on national security issues, and people are sick of their lies, including people in their own party. The more these articles go on about how bad the hacking was, the more incompetent those in charge would appear to be.

Is the most important lesson from all this, that the Russians influenced our election, or that the people in charge of our government are incompetent liars that will say anything to stay in power, and need to be replaced? You decide. 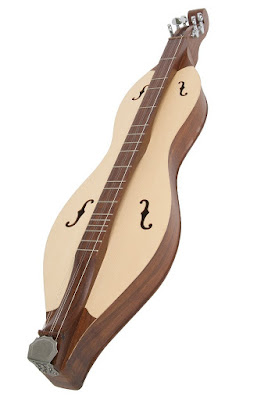 I've always wanted to play a musical instrument. The string dulcimer is one of the easiest to learn, so I'm choosing it as my first. Here is an excellent video about dulcimers:

And here at this link is a brief but excellent history of the instrument. And last but not least, a short video showing how easy it is to learn to play:

If all goes well, perhaps I'll take up the Psaltery next. Have you ever heard one? It sounds heavenly, sort of like a cross between a violin and a harp.

My Samsung Galaxy S4. Too Old Yet?

Verizon is nagging me to upgrade my phone to a Galaxy S7. But I haven't even learned all about my S4 yet. This video shows a bunch of things it can do, several of which I didn't know:

I'm sure the S7 has it's charms, but the S4 is more than filling my needs, and it's paid for, which means I'll be sticking with it for a while yet. Probably at least until I've got it all figured out ;-)

Galaxy S 4 Camera: Everything You Need To Know

25 Samsung Galaxy S4 Tips and Tricks in Under 10 minutes!

What's up with the vote recounting?

Something shitty I'm sure. Here is one theory:

Yes, I know, an anonymous youtube post that makes fantastic sounding claims. Serious allegations against the Clintons and others. Claims that Trump will be blocked, and that congress will "appoint" a person who is not Trump or Clinton, but who will actually be a surrogate for Clinton. Still, in 10 days, we can see if all or part any part of it has any traction.