Do you have "Real ID" for when you might actually need it?

When I got my new passport in 2016, I got a passport card too for an extra $30. It didn't seem necessary, but after reading this, I'm now glad I did: 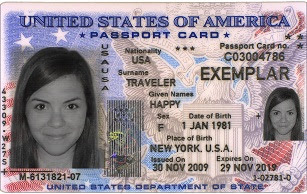 Why You Want a Passport Card


Why You Want a Passport Card
My wife and I recently renewed our passports and we opted to get passport cards while we were at it. The Passport Card was originally intended as a convenient form of your passport to use when crossing land borders and ports-of-entry. But we don’t do that much. As in, pretty much never.

So why would we get a passport cards?

Secondly, when checking in at the airport you usually need to show an ID twice: first at the counter when you check your bags, then at security. That means two times digging into your wallet to get out your driver’s license. That means two opportunities to loose your license and two times you have to remember to put it back in your wallet. With a passport card you can leave it easily accessible in your carry-on (like you do with passports) and it can stay with your travel papers instead of your wallet.

Read the whole thing, for embedded links, and several other useful purposes the Real ID compliant card can be useful for.