Is Iran Our Allie Against ISIS?

Maybe. We have goals in common on that and other issues, and despite harsh anti-American rhetoric from the Iranian Government, the people of that country are often well disposed toward Americans: 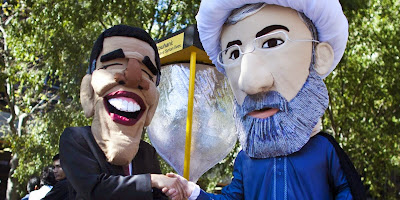 The Truth About Iran: 5 Things That May Surprise Westerners


Since the Iranian revolution and hostage crisis of 1979, Iran has had antagonistic relations with the U.S. and other Western nations, with little official communication between heads of state, fierce rhetoric on opposing sides, and increasing sanctions.

Given this history, it's not surprising that many Westerners fail to appreciate ways in which Iran is a relatively advanced and even liberal state.

It certainly took me by surprise when I traveled there last year. [...]

Read the whole thing, for photos, embedded links and more.