Iran's insane president Ahmadinejad visits Iraq, tells the US to get out of the Middle East, claiming that our presence there has brought only destruction and division. He should talk. Through Hezbollah, Iran funds Hamas and other terrorist groups throughout the Middle East, with tentacles spreading even further. 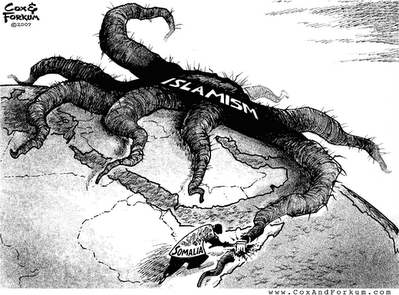 Even now Iran is backing and supplying arms to Hamas for the current rocket attacks on Israel from Gaza, just as it arms Jihadists in Lebanon, all via Hezbollah. His visit to Iraq has nothing to do with peace and everything to do with Iran's pressing needs and Iraq's vulnerability.

Ahmadinejad has plenty of people in Iran worried, even members of the Iranian government. So they should be. Ahmadinejad is a nut-job who believes that a massive war and it's attendant bloodshed is actually needed to bring about the return of the Mahdi, the Hidden Imam. 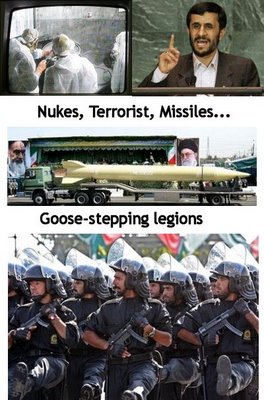 The situation with Iran today is the direct legacy of Jimmy Carter, which was further abetted and supported by Bill Clinton. The Democrats just make us weaker and more vulnerable each time they're in charge. Shall we put another Democrat in the White House, so they can finish us off?

Is it time for regime change in Iran yet?