A Smartphone for Africa 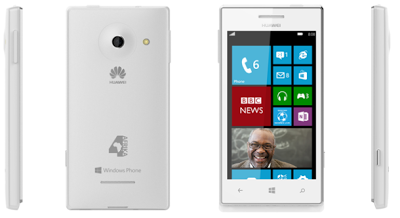 
Microsoft and Huawei announced today that they're partnering to bring a new Windows Phone to Africa. The two companies are targeting the continent, which is one of the fastest growing technology markets in the world but has seen few smartphones to date and whose majority of users still rely on feature phones.

"We believe there has never been a better time to invest in Africa and that access to technology -- particularly cloud services and smart devices -- can and will serve as a great accelerator for African competitiveness," president of Microsoft International Jean-Philippe Courtois said today in a statement.

Dubbed Huawei 4Afrika, the smartphone will be the first in a series of devices being created for the region. The phone is expected to roll out in Angola, Egypt, Ivory Coast, Kenya, Morocco, Nigeria, and South Africa later this month.

Microsoft is focusing on Africa and it's population of more than 1 billion to get a stronger hold on the smartphone market. The company said that more than 90 percent of all the phones sold in Kenya and Nigeria are feature phones. Besides Huawei, Microsoft has also worked with HTC, Samsung, and Nokia in developing Windows Phone devices for the continent. [...]

It goes on to say that Huawei's 4Afrika is similar to their Ascent W1 phone. The 4Afrika will sell for about $150.00. Follow the link for details.