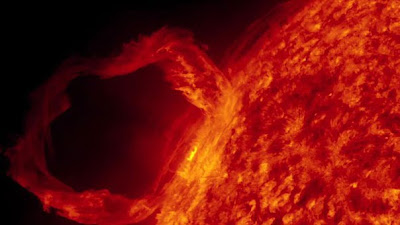 Astonishing new pictures that could help unlock the secrets of the sun have been released by NASA.

The dramatic videos and images -- 10 times clearer than high definition TV -- show giant flares and clouds of ionized gas erupting from the surface of the star.

One video captured a blast known as a coronal mass ejection, in which the same amount of material contained in the whole Mississippi River is ejected at one million miles per hour -- in 30 seconds.

The images were taken by NASA's Solar Dynamics Observatory.

The satellite, which carries four telescopes along with a plethora of other high-tech equipment, will examine the sun's magnetic field and its impact on the Earth's atmosphere and climate. 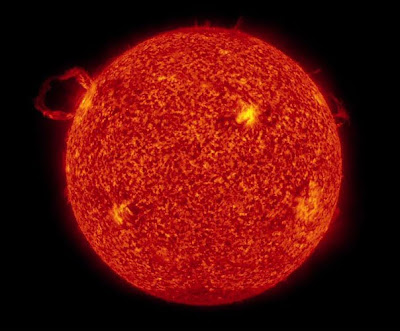 There are a bunch of new photos, checkout the slideshow.