"LXDE" is a really svelte and fast Linux GUI

I'm not claiming it's the smallest (it's not) or even the fastest or the best, but it is pretty good for my needs, on my 12 year old celeron computer in my back porch farm office/dog room/Ham radio shack. It only has 576 megs of ram. The computer is too old to spend money on buying more memory, so I wanted an operating system that would use a minimum of system resources. I chose PCLOS Linux, using the LXDE gui (graphical user interface), and it's made a big difference: 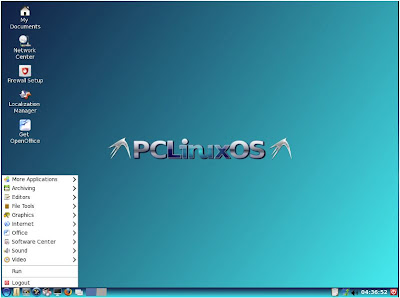 All about the PCLinuxOS LXDE 2010.07 desktop

Info: The “Lightweight X11 Desktop Environment” is an extremely fast-performing and energy-saving desktop environment. Maintained by an international community of developers, it comes with a beautiful interface, multi-language support, standard keyboard short cuts and additional features like tabbed file browsing. LXDE uses less CPU and less RAM than other environments. It is especially designed for cloud computers with low hardware specifications, such as, netbooks, mobile devices (e.g. MIDs) or older computers.

With this new install with LXDE, things are considerably faster, and I can multitask a bit more. It's a lot like having a "newer" machine.

Now I know there are other GUI's that are smaller and faster. I've tried many of them. But in general, I've found that they have a lot of ... "rough edges". That you end up sacrificing ease of use and a smooth interface with good utilities, for speed.

I wanted a GUI that was less demanding on system resources, without sacrificing much ease-of-use and serviceability. With LXDE on PCLOS, I feel I've found the right balance.

One problem I had with LXDE that was almost a show-stopper was, that it didn't automatically mount CD ROM's and USB memory sticks. But to fix that I did a Google search, and found that all I needed to do was add some software packages via the Synaptic package manager. The packages were:

"hal" and "dbus" were already installed, but Synaptic said updated versions were available, so I marked them for upgrade, and selected the rest for download. Synaptic took care of all the dependencies, the download and install went automatically and smoothly. I rebooted, and now I have the same functionality as the bigger GUI players like GNOME and KDE.

I'm very happy with it, and recommend LXDE for older machines. The version I had (2010) was a bit older than the one that's available for download now (2010.07). Perhaps the newer one already has these packages, I can't say. But if it doesn't, all the software is available for free in the repositories on-line. I also downloaded from there windows codecs, and my favorite card game, the Linux version of Pysol Fan Club Edition.

LXDE and PCLOS also recognized my Linksys wireless usb dongle, so the computer now does all that I need it to do. Hooray! Perhaps it can do the same for you. And if you need help with it, there is an on-line forum, and Google.

LXDE on PCLOS is a live CD, but you can also put the ISO image on a USB memory stick and boot if from there using a program like UNetbootin.

I Have a Pentium III 600 with 512 mb ram and recently installed PCLinuxOS LXDE. Overall it is very good. The only problem so far is the desktop wallpaper can not be changed. I saw the different wallpapers because i clicked on the button while running the live CD but after the install the wallpaper icon was linked to something else. Even after installing searchmonkey i could not find any wallpaper listing or file. The only other issue was WiFi, luckly i had three different adapters to try. Only one worked. The Linksys i usually use all the time for Linux did not work well for some reason. It ran at 1/4 of my normal connection speed. The Atheros based card i had worked great. I have been using Puppy Linux for a few years but i do not have time to tinker with distros anymore and had not been using Linux for almost a year. Great job and thanks to all at PCLinuxOS.

I love KDE4 too much to change my desktop but Im not against giving LXDE a look for my older machines that run XCFE.


And Ill be THAT guy.... its spelled SveltE, not svelt.
It wouldnt be bad if it was just in the text but Ive seen the link at Linuxtoday and Techrights and it looks worse when its in a headline.

"The minimum RAM requirements for LXDE is 384 megs."

I understand that you're referring to the PCLinuxOS distro but please be more specific. LXDE alone is extremely lightweight.

"Fast
It runs well even on older computers produced in 1999"
- Off the official LXDE site.

Wow, most of my Linux posts don't get many comments. I'll just add a few things here.

My LXDE install uses about 69 megs when it's first booted up (82 megs if the ralink wireless dongle is attached). As I open and use applications, that number goes up of course. I suspect that 384 megs is the recommended minimum because that would allow most users to do most things comfortably without slowing it down too much.

LXDE does have some limitations, such as not being able to put folders and files on the desktop (that may change soon). Someone mentioned a problem with the desktop background. I also had that problem, I got the background back when I upgraded the LXDE files in the repositories, but the control for changing the background isn't where it should be, and needs to be fixed.

LXDE is a work in progress. How important these problems are may vary for individuals. I think they will likely be fixed soon, but in the meantime, "your milage may vary", depending on your version on LXDE, which distro you are using with, and how it's been configured.

I recently tried the PeppermintOS distro, which uses LXDE. It's really VERY nicely configured, very fast, and automouted all my cdroms and usb sticks. The one thing it didn't do was find my ralink wireless dongle. But I think the driver is in the repositories, so that's probably fixable.

If anyone is upset with not being able to put files and folders on the LXDE desktop, I would recommend trying XCFE desktop.

Like LXDE, XCFE can also vary depending on the version, the distribution it's on and how it's configured. The last time I tried XCFE was a release candidate version for Linux Mint 9. I could not get the wireless dongle recognized, or automounting to work, but now I think I could do both. And I've never tried the PCLOS version of XCFE, so I think I will try it soon.

I would like to thank "That Guy" for pointing out the typo in the title. And thank you everyone who commented. I'm not a professional reviewer by any means, so if I've left out anything, feel free to add something further.