The Japanese Coastal Town That Survived

The town with the highest wall and gate, survived the Tsunami intact:

How one Japanese village defied the tsunami

FUDAI, Japan – In the rubble of Japan's northeast coast, one small village stands as tall as ever after the tsunami. No homes were swept away. In fact, they barely got wet.

Fudai is the village that survived — thanks to a huge wall once deemed a mayor's expensive folly and now vindicated as the community's salvation.

The 3,000 residents living between mountains behind a cove owe their lives to a late leader who saw the devastation of an earlier tsunami and made it the priority of his four-decade tenure to defend his people from the next one.

His 51-foot (15.5-meter) floodgate between mountainsides took a dozen years to build and meant spending more than $30 million in today's dollars. 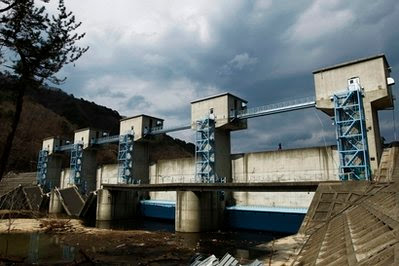 "It cost a lot of money. But without it, Fudai would have disappeared," said seaweed fisherman Satoshi Kaneko, 55, whose business has been ruined but who is happy to have his family and home intact.

The floodgate project was criticized as wasteful in the 1970s. But the gate and an equally high seawall behind the community's adjacent fishing port protected Fudai from the waves that obliterated so many other towns on March 11. Two months after the disaster, more than 25,000 are missing or dead.

"However you look at it, the effectiveness of the floodgate and seawall was truly impressive," Fudai Mayor Hiroshi Fukawatari said.

Towns to the north and south also braced against tsunamis with concrete seawalls, breakwaters and other protective structures. But none were as tall as Fudai's. [...]

The port's boats and warehouses were destroyed, but the community was protected. 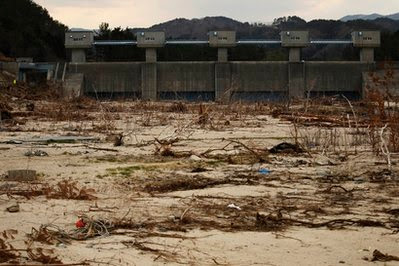 Read the whole thing. The man who had the floodgate built died in 1997, but the article ends with words from a speech he made when he retired. They turned out to be somewhat prophetic.