A while back, I posted about the difficulty of keeping gold fish in an aquarium, and using Gold Barbs as a substitute. I've since found anther aquarium fish that's and excellent choice: 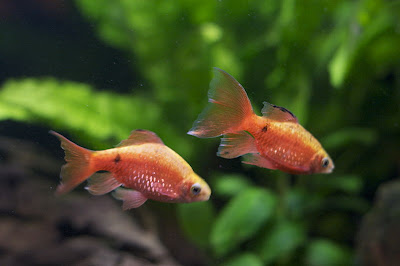 Details About the Rosy Barb Fish

One of the most popular types of freshwater tropical fish is the Rosy Barb fish, which is also known as the Red Barb fish. This tropical fish thrives in large groups, 5 or more red barb members. As a schooling fish, it is naturally sociable and peaceful when relating to its own kind, as well as other types of fish in the aquarium. With this kind of temperament, they are perfect for an aquarium with a lot of inhabitants. Here is more information about the Rosy Barb.

The body of the Rosy Barb can be described as tall, increasing width vertically as it gets older. It can be easily mistaken for gold fish from the perspective of novice fish observers because of its color which can range from yellow to red, but the most common coloration is metallic silver. The shade of red in the male Rosy Barb becomes more vivid during breeding time, and this is where the name of the fish comes from. The male is generally smaller than the female and it also rarely displays the color yellow on its body unlike the female. The body size and color may vary between sexes, but both of them have black dots in their tail fin and shiny scales that usually come in the color green and are highly reflective. [...] 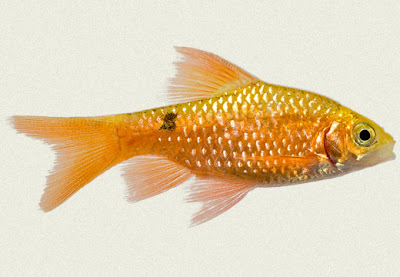 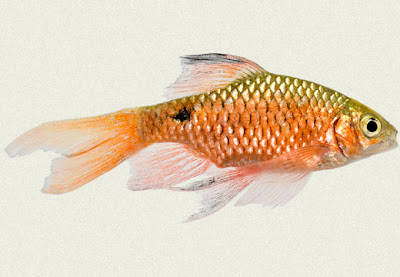 They remind me of Veiltail Goldfish. Very elegant, very hardy, easy to care for. The temperature range they like can go as low as 64 degrees, which is lower than most tropical fish can go. Real gold fish can tolerate much lower temperatures, but that's one of the reasons they do so well in ponds. So Rosy Barbs are more of a temperate water fish, than a cold water fish.

In the wild they can grow up to 6 inches, but in aquariums 4 inches seems to be the maximum size they reach.

I find Rosy Barbs to be an excellent Aquarium substitute for goldfish.