How SpaceX is Saving America Money

By being more efficient than NASA: 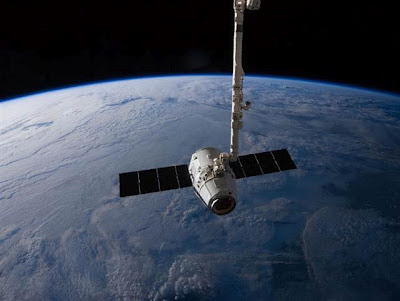 Why SpaceX is setting the pace in the commercial space race

[...] Dec. 7, 2012, will mark the 40th anniversary of the flight of Apollo 17. That was the last time the United States ever launched an astronaut beyond Earth orbit. The reason why the operational era of human exploration beyond Earth orbit lasted a mere three and a half years, from July 1969 to December 1972, is that early in the Space Age, and continuing with the space shuttle, the nation tied itself to an infrastructure and a way of doing business that was too expensive to sustain.

NASA acknowledged this reality in 2006, even as it was pursuing its plan to send astronauts back to the moon — known as Project Constellation or “Apollo on Steroids” — by establishing the Commercial Orbital Transportation Services program. The purpose of the COTS program was to see if there was a better, more sustainable model for achieving access to space by forgoing the traditional approach of top-down, sole-source , cost-plus contracting — and instead harnessing the innovation and drive of private industry while still maintaining a close partnership with NASA.

After plowing nearly $8 billion into the Ares 1 booster program, Project Constellation did in fact prove too expensive to sustain. Instead, it was the COTS approach for cargo delivery to the space station that became the basis for NASA’s commercial crew program.

Success for SpaceX
SpaceX’s first demonstration cargo flight to the space station was accomplished in May as part of the COTS program. That flight took longer than expected, but the results were well worth NASA’s time and money. Thanks to its investment of $396 million, plus a great deal of advice, NASA has made it possible for SpaceX to produce not just a new launch vehicle but something much more profound: a new space transportation system consisting of the Falcon 9 launch vehicle, the recoverable and reusable Dragon spacecraft, and the infrastructure to support those spacecraft.

For comparison’s sake, the cost to NASA for doing this was less than what the space agency spent on one suborbital test launch of the Ares 1-X booster in 2009. It was less than NASA has spent on the development of its deep-space Orion crew capsule in the first half of this year alone.

Now SpaceX has a contract to launch 12 cargo flights to the space station at a cost to the American taxpayer of about $133 million per flight — putting America back in the orbital transport business. The SpaceX Falcon-Dragon transportation system arguably represents the best investment NASA has ever made. In light of that success, a failure to include the company in the top two for NASA’s commercial crew program would signal an almost unfathomable retreat, unworthy of the best of American ingenuity.

The stunningly low-cost and expansive nature of the Falcon-Dragon system represents much more than a rare bargain for taxpayers, in an era when most such stories have a very different ending. It offers indisputable proof that a new approach to space transportation can work far more effectively than the old ways. It’s absolutely vital to keep the company and the space transport system which has pioneered this path in the vanguard. [...]

I did a post about SpaceX last year. It's a truly amazing company.

NASA was necessary to get manned space exploration started. It's done that. But now it's role is changing; it gets to hold the door open for others to follow.

And we can stop renting rides from the Russians!