Who's Missing a Planet?

We are, apparently. And not a rocky one, like the asteroid belt might have been formed from. THIS missing planet was supposedly a Gas Giant: 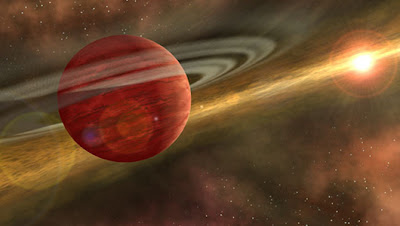 Did our solar system once harbor an extra planet?

A computer simulation has shown that our solar system couldn't have formed without an extra planet. But if that theory is true, what happened to it?

The startling discovery suggests that Jupiter, Saturn, Uranus and Neptune were not the only gas giant planets around during the formation of our solar system. There had to be a fifth gas giant, similar to Uranus and Neptune, orbiting some 15 times further from the sun than our planet Earth.

David Nesvorny from Colorado’s Southwest Research Institute reached the conclusion after performing around 6,000 computer simulations about the formation of the solar system, nearly all of which required the extra planet to work. Almost all of the simulations that factored in only the planets we know of in our solar system showed the four gas giants violently destroying one another. In the few simulations in which they survived, several of the rocky planets, such as Earth, were destroyed instead.

After adding the mysterious fifth planet, Nesvorny was able to greatly improve the odds of our solar system forming as we currently know it.

So the question remains: if our solar system is missing a planet, what happened to it?

Read the whole thing to find out.