Are the problems that caused the destruction of two space shuttles and their crews still ongoing? Here's one man's opinion: 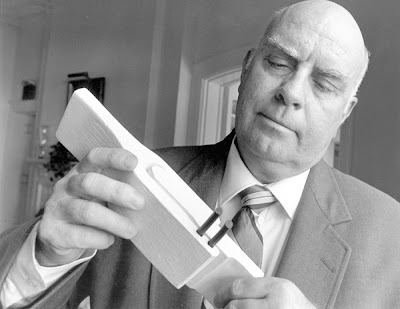 The 1986 explosion that destroyed the space shuttle Challenger and killed seven astronauts shocked the nation, but for one rocket engineer the tragedy became a personal burden and created a lifelong quest to challenge the bureaucratic ethics that had caused the tragedy.

Roger Boisjoly was an engineer at solid rocket booster manufacturer Morton Thiokol and had begun warning as early as 1985 that the joints in the boosters could fail in cold weather, leading to a catastrophic failure of the casing. Then on the eve of the Jan. 28, 1986, launch, Boisjoly and four other space shuttle engineers argued late into the night against the launch.

In cold temperatures, o-rings in the joints might not seal, they said, and could allow flames to reach the rocket's metal casing. Their pleas and technical theories were rejected by senior managers at the company and NASA, who told them they had failed to prove their case and that the shuttle would be launched in freezing temperatures the next morning. It was among the great engineering miscalculations in history.

Boisjoly could not watch the launch, so certain was he that the shuttle would blow up. In the months and years that followed, the disaster changed his career and permanently poisoned his view that NASA could be trusted to make the right decisions when matters came to life and death.

Boisjoly, 73, died of cancer Jan. 6 in Nephi, Utah, though news of his passing was known only in the southwest Utah community where he retired.

The Challenger disaster and the resulting investigation pulled back the curtain on NASA's internal culture, revealing a bureaucracy that had made safety secondary to its launch objectives and to the political support it needed to continue the shuttle program.

Boisjoly was not the only engineer who attempted to stop the launch and suffered for blowing the whistle. Allan J. McDonald was Thiokol's program manager for the solid rocket booster and became the most important critic of the accident afterward. When he was pressed by NASA the night before the liftoff to sign a written recommendation approving the launch, he refused, and later argued late into the night for a launch cancellation. When McDonald later disclosed the secret debate to accident investigators, he was isolated and his career destroyed.

The tragedy was particularly hard on Boisjoly, who would sometimes chop wood in the Utah winter to work out his anger. In a 2003 interview with The Times, he recalled that NASA tried to blackball him from the industry, leaving him to spend 17 years as a forensic engineer and a lecturer on engineering ethics.

When the space shuttle Columbia burned up on reentry in 2003, killing its crew of seven, the accident was blamed on the same kinds of management failures that occurred with the Challenger. By that time, Boisjoly believed that NASA was beyond reform, some of its officials should be indicted on manslaughter charges and the agency abolished.

NASA's mismanagement "is not going to stop until somebody gets sent to hard rock hotel," Boisjoly said. "I don't care how many commissions you have. These guys have a way of numbing their brains. They have destroyed $5 billion worth of hardware and 14 lives because of their nonsense." [...]

Harsh words. But spoken by someone in a position to know what he's talking about. There were two interesting comments left beneath the article:

"It was among the great engineering miscalculations in history."

Nonsense. Boisjoly and McDonald's engineering calculations were tragically accurate. The Challenger disaster was the result of a foolish and reckless management misjudgment, not an engineering miscalculation.

Boisjoly and McDonald were technically competent engineers with the strength of character to stand up for what was right when lives were at stake. Both of them paid a terrible price for their integrity.

It's a shame their gutless bosses could think only of what they thought (wrongly) to be their own selfish career interests. The result was the death of seven astronauts, the loss of a precious national asset and the destruction of many careers, deserved and otherwise.

I remember this.. i[t] WAS front page news in 1986. Sadly, the press allowed NASA managemnet to control the story, and spin these good engineers as cranks who were trying to use the o-ring "debate" to elevate themselves after the accident. So much for the 4th estate.

THe public was as disintrested, ignorant, and unmotivated to do anything about it as they are now.

CEOs, Execs, and Generals place the blame on the workers who do the time. Same as it ever was.

Many of the same (or similar) pressures that NASA management face, would also be faced by a private company. Could they, would they, do it better? Possibly. We may yet see one day.