Here are some jokes I've gotten in email, or otherwise came across on the internet. I got a chuckle or two out of 'em, hope you will too:

A middle-aged woman has a heart attack. While on the operating table she has a near death experience. She sees God and asks, "Is this it? Am I dead?" God says, "no, you have another 30 to 40 years to live."

She recovers and decides to stay in the hospital and have a facelift, liposuction, breast augmentation, tummy tuck, hair dyed, and so on. She figures since she's got another 30 to 40 years, she might as well make the most of it.

She walks out of the hospital after the last operation and immediately gets hit by an ambulance. She arrives in front of God and asks, "I thought you said I had another 30 to 40 years?" To which God replies, "sorry -- I didn't recognize you."


The Man I Marry

At a local coffee bar, a young woman was expounding on her idea of the perfect mate to some of her friends. "The man I marry must be a shining light amongst company. He must be musical.
Tell jokes. Sing. And stay home at night!"

A cynical male listener overheard and spoke up, "Lady, what you really want is a television set!"

1) When I die, I want to die like my grandfather--who died peacefully in his sleep. Not screaming like all the passengers in his car."
--Author Unknown


2) Advice for the day: If you have a lot of tension and you get a headache, do what it says on the aspirin bottle:
"Take two aspirin" and "Keep away from children."
--Author Unknown


3) "Oh, you hate your job? Why didn't you say so? There's a support group for that. It's called EVERYBODY, and they
meet at the bar."
--Drew Carey 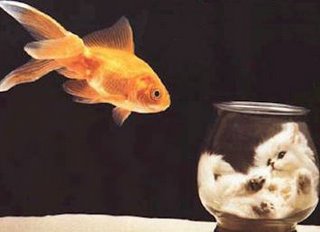 I am well. Hope you are. Tell Brother Walt and Brother Elmer the Marine Corps beats working for old man Minch by a mile. Tell them to join up quick before all of the places are filled. I was restless at first because you got to stay in bed till nearly 6 a.m. but I am getting so I like to sleep late. Tell Walt and Elmer all you do before breakfast is smooth your cot, and shine some things. No hogs to slop, feed to pitch, mash to mix, wood to split, fire to lay. Practically nothing. Men got to shave but it is not so bad, there's warm water. Breakfast is strong on trimmings like fruit juice, cereal, eggs, bacon, etc., but kind of weak on chops, potatoes, ham, steak, fried eggplant, pie and other regular food, but tell Walt and Elmer you can always sit by the two city boys that live on coffee. Their food plus yours holds you till noon when you get fed again. It's no wonder these city boys can't walk much. We go on "route marches", which the platoon sergeant says are long walks to harden us. If he thinks so, it's not my place to tell him different. A "route march" is about as far as to our mailbox at home. Then the city guys get sore feet and we all ride back in trucks.
The country is nice but awful flat. The sergeant is like a school teacher. He nags a lot.

The Captain is like the school board. Majors and colonels just ride around and frown. They don't bother you none. This next will kill Walt and Elmer with laughing. I keep getting medals for shooting. I don't know why. The bulls-eye is near as big as a chipmunk head and don't move, and it ain't shooting at you like the Higgett boys at home. All you got to do is lie there all comfortable and hit it. You don't even load your own cartridges. They come in boxes. Then we have what they call hand-to-hand combat training. You get to wrestle with them city boys. I have to be real careful though, they break real easy. It ain't like fighting with that ole bull at home. I'm about the best they got in this except for that Tug Jordan from over in Silver Lake. I only beat him once. He joined up the same time as me, but I'm only 5'6" and 130 pounds and he's 6'8" and near 300 pounds dry. Be sure to tell Walt and Elmer to hurry and join before other fellers get onto this setup and come stampeding in.

Maine Girls
Three men were sitting together bragging about how they had given their new
wives duties.

The first man had married a woman from Alabama, and bragged that he had
told his wife she was going to do all the dishes and house cleaning that
needed done at their house. He said that it took a couple days but on the
third day he came home to a clean house and the dishes were all washed and put
away.

The second man had married a woman from Florida. He bragged that he had
given his wife orders that she was to do all the cleaning, dishes, and the
cooking. He told them that the first day he didn't see any results, but the
next day it was better. By the third day, his house was clean, the dishes
were done, and he had a huge dinner on the table.

The third man had married a Maine girl. He boasted that he told her
that her duties were to keep the house cleaned, dishes washed, lawn mowed,
laundry washed and hot meals on the table for every meal. He said the
first day he didn't see anything, the second day he didn't see anything, but by
the third day most of the swelling had gone down and he could see a little
out of his left eye. Enough to fix him self a bite to eat, load the
dishwasher, and telephone a landscaper.

Got to love them Maine girls!