Meet the President of Europe 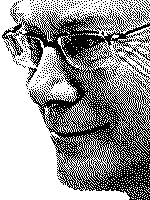 Herman Van Rompuy. Get used to the name. He is the first President of the European Union, which with the ratification of the Treaty of Lisbon by all the 27 EU member states in early November was transformed into a genuine United States of Europe.

The President of Europe has not been elected; he was appointed in a secret meeting of the heads of government of the 27 EU member states. They chose one of their own. Herman Van Rompuy was the Prime Minister of Belgium. I knew him when he was just setting out, reluctantly, on his political career. [...]

Read the rest to find out what kind of person the new "president" is.