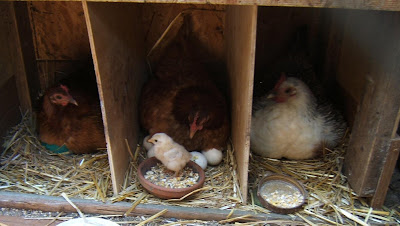 We're letting three of the feathery-foot daughters of Turendot, our Cochin hen, have their own babies this year. So far I've counted 5, with #6 trying to hatch out yesterday. Here is a recent photo, with a bold blond chick. The others have a tendency to run and hide when I take out the camera. But not our little Lana Turner. She can't wait to be discovered.

We are having all kinds of flowers here on the farm, from the fruit trees (apples, plums) to the daffodils: 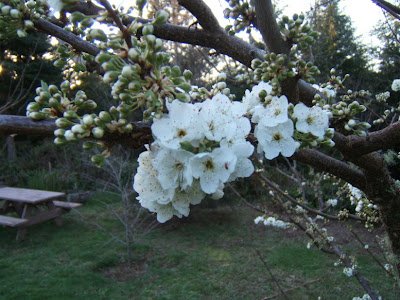 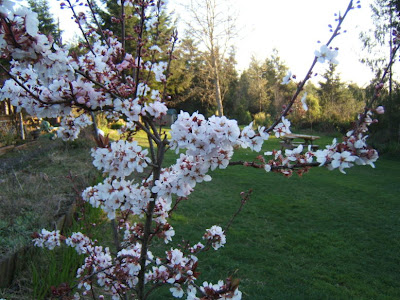 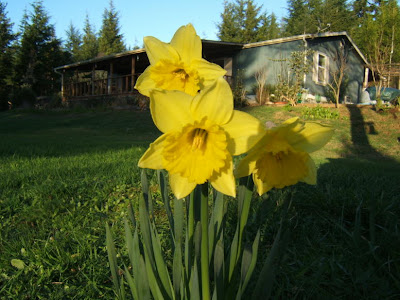 But we are still having night temperatures in the 30's. We could yet get some snow, but who knows? Rainfall this year has been below normal.

Pat has more photos on his blog: Spring at Robin's Wood

We would have had more eggs, but since we have three hens sitting and hatching, they stop laying eggs until they raise their chicks. We also lost a hen in a hawk attack a few weeks ago. A rooster, too. That's one of the things that prompted me to let the chickens start raising their babies early this year. We need replacements. That's the way it goes on the farm.