Some Clinton backers would vote for McCain

If McCain vs. Obama, 28% of Clinton Backers Go for McCain

PRINCETON, NJ -- A sizable proportion of Democrats would vote for John McCain next November if he is matched against the candidate they do not support for the Democratic nomination. This is particularly true for Hillary Clinton supporters, more than a quarter of whom currently say they would vote for McCain if Barack Obama is the Democratic nominee.

These conclusions are based on an analysis of Democratic voters' responses to separate voting questions in March 7-22 Gallup Poll Daily election tracking. In each day's survey, respondents are asked for their general election preferences in McCain-Clinton and McCain-Obama pairings. Democratic voters are then asked whom they support for their party's nomination.

The accompanying graph displays the results of the relationship between support for the Democratic Party's nomination and the general election vote between Obama and McCain. [...]

Interesting. But if enough Republicans "sit this one out", we could end up with President Obama anyway. Ironic. 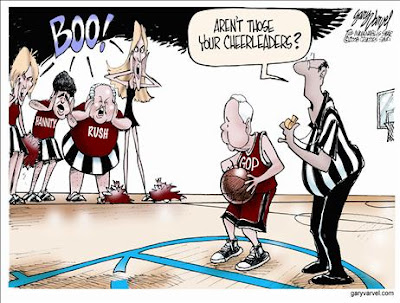 I thought it was Obama who made the claim he would get the Clinton vote and the Republican vote. THat is probably why alot of people voted for him.
To bad the Wright issue did not come out in IOWA also.