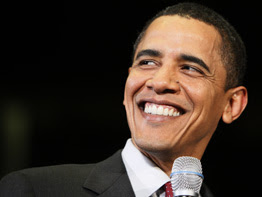 PRINCETON, NJ -- Barack Obama has quickly made up the deficit he faced with Hillary Clinton earlier this week, with the latest Gallup Poll Daily tracking update on Democratic presidential nomination preferences showing 48% of Democratic voters favoring Obama and 45% Clinton.

Obama's campaign clearly suffered in recent days from negative press, mostly centering around his association with the controversial Rev. Jeremiah Wright. Perhaps as a result, Clinton moved into the lead in Gallup's Wednesday release, covering March 16-18 polling. But Obama has now edged back ahead of Clinton due to a strong showing for him in Friday night's polling, perhaps in response to the endorsement he received from well-respected New Mexico Gov. Bill Richardson, a former rival for the nomination. (To view the complete trend since Jan. 2, 2008, click here.)

Both Democrats have inched closer to John McCain in the latest update on registered voters' general election preferences. McCain holds just a two percentage point edge over both -- 46% to 44% over Obama and 47% to 45% over Clinton. [...]

If the polls are to be believed, the anti-American beliefs expounded by Obama's church, and his controversial comments about race, are no cause for concern whatsoever, as those who support Obama most likely share those beliefs.

It would almost be funny if McCain loses due to a lack of support from the religious right, who then end up with Obama and the religious Wright instead.