Socialism in Islamic hands: a tool to make the present world order unworkable 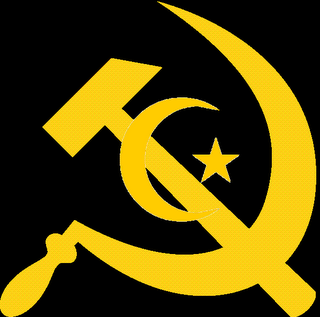 Socialism has plenty of dangers inherent to it in it's own right. But what if it were infiltrated and used by a third party, one with no interest in using Socialism as a stepping stone to Communism, but as a stepping stone to an Islamic Sharia-law state? Recent election results in European countries indicate this may be happening on a larger scale than anyone imagined, as Socialist parties there make large gains by running Muslim candidates to gain Islamic votes.

From Fjordman at the Bussels Journal:
Why Muslim Immigration is a Threat to Western Democracy

I have warned earlier, especially (in the essay Electing a New People: The Leftist-Islamic Alliance), against Islamic infiltration of Leftist parties in the West, most recently demonstrated in Belgium, and the threat this poses to Western democracy. This is part of the reason why I advocate containment of the Islamic world and an end to Muslim immigration. Pundit Ohmyrus makes some of the same observations. But there is also another way in which Muslim immigration threatens our Western society.

He quotes Lee Harris, who gets to the crux of it:

“Jihad has demonstrated an astonishing adaptability to different historical and material conditions. Yet the secret of the success of the Arab bands lay less in their own warlike qualities than in the weakness and decadence of the empires they overthrew. […] The jihadists are not interested in winning in our sense of the word. They can succeed simply by making the present world order unworkable, by creating conditions in which politics-as-usual is no longer an option, forcing upon the West the option either of giving in to their demands or descending into anarchy and chaos.

(bold emphasis mine) Recent elections in Europe where Muslims have infiltrated the left, give them the tools to achieve these ends.

Muslims can thus undermine Western democracy in two ways: By massive immigration and infiltration of established, especially Socialist, parties until they can be turned to serve the Islamic agenda, or by simply creating a climate of fear and distrust that gradually makes the democratic system unworkable. In Western Europe right now, they are making significant headway on both accounts.

Socialism and Islamic Sharia law both have no need for individual freedom or real democracy. They can cooperate in that goal, but ultimately they would diverge, and the stronger one would consume the other. And I would say that Socialism is not the stronger of the two. 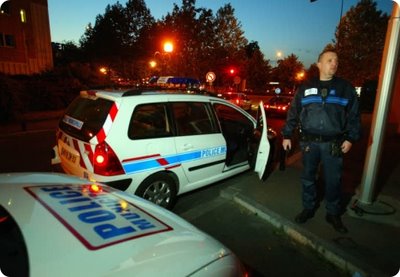 Here We Go Again
Ramadan violence, attacks on French police officers, escalating attacks on Jews... sounds like "making the Democratic system unworkable" to me. And the Socialists, working with the Muslims, are doing their part to make it all possible.

Will Muslim Immigration destroy Western Democracy?
A detailed look at Islams miserable track record with democracy, and it's persistant clashes with democratic societies.

Socialists, Multiculturalists and "trust levels"
Socialists who are willing to do ANYTHING to win elections; Multiculturalists who do not understand the nature of Islam; and very different cultural worldviews in European and Middle Eastern cultures regarding issues of trust, are all helping in different ways to make the Western democratic system unworkable... so it can be replaced with something else.