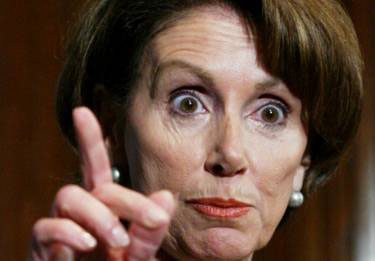 When I lived in San Francisco, it seemed that it's inhabitants worshiped Europe. When America sent troops in to Iraq, I heard many San Franciscan's complain that they wanted the city to seceed from the US, and become part of France. They believed that "enlightened" Europe, with it's socialism, large government, extensive welfare state and appeasement politics, was far superior to anything the USA had to offer.

San Francisco is Nancy Pelosi's home base. Her constituents elected her because she represents their views. So could it be that the ideal of America she holds, is the same one her constituents hold; a big government, socialist welfare-state America?

Paul Belien of the Brussels Journal looks at exactly that question. He is currently visiting in the United States. He was in the Los Angeles area for Halloween, and made some interesting observations in his latest article:

A Recipe for Defeat: Europe is Pelosi’s America

I am in Los Angeles at the moment, and do not have the opportunity to write about events in Europe as much as I would like to. I will not be back in Brussels until 12 November. Over here in the U.S. all attention is focused on the upcoming elections. There is a possibility that the Democrats will become the majority in the House of Representatives and that Nancy Pelosi, the California Liberal, will become the next Speaker of the House. I was in West Hollywood on Halloween. A friend described this area as one third retiree, one third Russian and one third gay. Sounds a bit like Europe to me.

The gays take every opportunity to dress up. Consequently Halloween has become a gay festival in LA. The first people I met when leaving the hotel were a group of men dressed up as ballerinas. This is Pelosi Land. 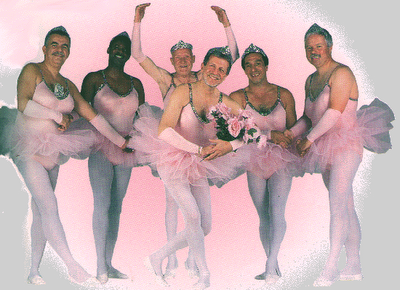 Is this how Muslims see Europeans?

Americans can already see what their country’s future will be if they vote for Pelosi and her band. They only need to watch Europe. That is what America will be like 20 years from now if the Liberals succeed in turning the U.S. into a European-style welfare state. The latter is the cause of all Europe’s problems. It has led to secularization, because people who are catered for from the cradle to the grave no longer need God. It has led to the immigration debacle, because Europe has attracted welfare immigrants who only come for the benefits and not to contribute to the host country’s wealth creation. It has led to the loss of the citizens’ ability to care for themselves, because they expect everything from the state.

However, the current American elections are relevant for Europe, too. If they lead to the American withdrawal from Iraq, Europe will face a widespread intifada. The withdrawal will be perceived as a defeat of the West and the Muslim “youths” in Europe’s cities will become even more arrogant. They utterly despise the Europeans, whom they perceive (not entirely without reason) to be men dressed up as ballerinas, and they hate America because it fights back. In a world ruled by men who only understand the language of power it is better to be hated than despised. If America withdraws the Islamist fanatics will despise America for it. They will take this as a sign that the West has been defeated and that the world is theirs. [...]

(bold emphasis mine) Europe is mired in socialism, weakened by it's welfare state, dominated by multiculturalism, political correctness and appeasement, and on a path of self-extinction. Yet Pelosi and the majority of Democrats seem to think Europeans are setting an example we should be following.

I agree with Paul Belien; it is a recipe for defeat. Let's not go there. If you still have doubts, read the rest of Paul's article, about what Europe is facing now.

For men in Europe and America who like to wear ballerina costumes, and think that Christians are just too horrible to tolerate, I would ask you to consider these links:

Will Europe become Eurabia?
In this article, Mona Charen refers to gay author Bruce Bawer's book: "While Europe Slept: How Radical Islam is Destroying the West from Within". Bruce and his lover moved to Europe to get away from American Fundamentalist Christians. But in Europe, they discovered something far worse. He offers some unique insights from personal experience.