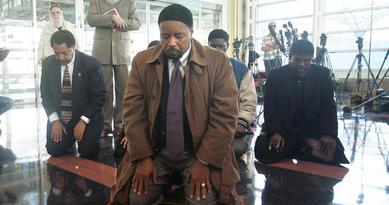 Tammy Bruce presents the case that they did exactly that. Some excerpts:

Did the US Air Imams Provoke Their Ouster?

Apparently so. Now the details emerge of exactly what these Islamists did on that US Airways flight, and it looks like they deliberately provoked their ouster from the plane. Why? Because victimhood and supposed oppression provide political power and clout in this country. [...]

It goes on about the dispute about the behavior witnesses say they saw, and the claims of Islamophobia made by the Imams. Tammy, a former leftist activist, maintains the Imams are using old tactics the left has been using for years:

[...] You must view Islamists as you do Leftists--the only way those parasitic groups are able to gain any political power and position is through guilt and intimidation.

And coming from a 'conference.' What do parasites like this do at a conference when the like-minded get together? They plan on how to cause trouble. How do I know? Because I've attended my share of leftist 'conferences' and that's exactly what we did--confer on how to get attention, how to gain control, how to push our agenda. This usually involved actions meant to provoke arrests and/or receive press attention on our issues. The core of these plans always relied upon, as did our very identities, the reinforcement of victimhood which guaranteed special social status, increased funding from the base, and last but not least, political power.[...]

(bold emphasis mine) Tammy calls them on other tactics as well, it's worth reading the whole thing.


This reminds me of another article I read. In Laura Mansfield's series Jihad in Small Town America: Part I of a Series, Laura visits an American Mosque. She arrives and hour early, before an English language introductory session. She asks if she can stay and wait, and do some reading till the English session begins. The Imam doesn't know she can speak and understand Arabic, and allows her to sit at the back of the room for the Arabic session. Part of what she overhears is thus:

[...] One of the men said, in Arabic “Blonde Americans are good for something!” Another man advised him to be cautious, since there was an American woman in the room. The Imam spoke up and told everyone that I didn’t speak Arabic.

At that point another student took the podium. His name was Khaled, and he began to recount his recent trip to New York City. Khaled and three of his companions had gone to New York for several days in January. He told of how uncomfortable his trip up to NYC had been. He felt like he was being watched, and thought he was the victim of racial profiling.

Khaled and his friends were pretty unhappy about it, and while in New York, they came up with a plan to “teach a lesson” to the passengers and crew. You can imagine the story Khaled told. He described how he and his friends whispered to each other on the flight, made simultaneous visits to the restroom, and generally tried to “spook” the other passengers. He laughed when he described how several women were in tears, and one man sitting near him was praying.

The others in the room thought the story was quite amusing, judging from the laughter. The Imam stood up and told the group that this was a kind of peaceful civil disobedience that should be encouraged, and commended Khaled and his friends for their efforts.

He pointed out that it was through this kind of civil disobedience that ethnic profiling would fail.

(bold emphasis mine) Civil disobedience? What they are doing is trying to make our present system of security unworkable, and to create a climate where the actions of Muslims cannot be questioned. For what purpose?

[...] The imams say they were removed from the Phoenix-bound flight because they were praying quietly in the concourse. They had been in Minnesota for a conference sponsored by the North American Imams Federation.

But other passengers told police and aviation security officials a different version of the incident. They said suspicious behavior of the imams led to their eviction from the flight. The imams, they said, tested the forbearance of the passengers and flight crew in what the air marshal called a "[political correctness] probe."

"The political correctness needs to be left at the boarding gate," the marshal said. "Instilling politically correct fears into the minds of airline passengers is nothing less than psychological terrorism." [...]

Read the details of the imam,s behavior. Tammy is right. It's classic leftist manipulation. This little game needs to have a stop put to it NOW.


Why we should care about C.A.I.R.
They need political correctness to silence their critics, because their actions do not hold up well under scrutiny. Connect the dots... it ain't pretty.

Thanks for sharing the video link. We need to see more responses like that.