History buffs and/or those who liked the movie Valkyrie (about the 1944 assassination attempt on Hitler's life) would possibly enjoy this article, which in part deals with the reaction of the British Foriegn office when they heard the news of the assassination attempt:

Martyrs and Modernity: Germany’s Heroes and the Left

Though she was never one of my instructors, I vividly recall Beate Ruhm von Oppen from my time as a graduate student at St. John’s College. Though the advance of years had slowed her gait and weakened her voice, I can attest – based on a few conversations – that age had left her mind keen. In retrospect I regret not having sought the benefit of that mind more often, when I had the chance: She died in 2004 at age 86, and her obituary proved something of an eye-opener for me and many of my classmates.

Born in Zurich, Switzerland, and raised in Germany, [Oppen] finished her secondary school education in Holland, and later moved to England, where she studied at the University of Birmingham. During World War II she worked for the British Foreign Office, analyzing German propaganda. She then joined the Royal Institute of International Affairs.

In the late 1950s Oppen came to the United States. She took a job with the American Historical Association, combing through captured German documents at a facility in Alexandria, Virginia, known as Torpedo Factory. She also worked at the Center for International Affairs at Harvard.

Subsequently she was a visiting lecturer at Smith College, spent a year in the history department of the University of Massachusetts at Amherst and later joined the Institute for Advanced Studies in Princeton, where she researched the role of religion in the German Resistance to Nazism.

Oppen’s interest in the German Resistance led her to edit and translate the letters of Helmuth James von Moltke to his wife Freya (Letters to Freya). Moltke, a legal adviser in the High Command of the Wehrmacht, worked within the regime to undermine the Nazis, and was captured and executed. The German edition of the volume won the Scholl Prize, one of Germany’s most prestigious awards, in 1989.

Now that she’s passed on, the only way to know Oppen is via her work. As noted, her main focus vis-à-vis the German Resistance was Count Helmuth James von Moltke. But she also studied other topics, like the failed 1944 attempt on Adolf Hitler’s life and the reaction to this assassination attempt on the part of the British Foreign Office. The failed coup itself has been well-publicized recently thanks to the film Valkyrie, yet the Allied response at the time has remained out of the public eye. Based on first-hand experience, Oppen wrote of the atmosphere in the Foreign Office when news came that Hitler had survived the assassination attempt:

There was relief at the failure of the plot. Two reasons were given for it: One reasonable, the other less so and, so it seemed to me, excessively cold-blooded.

Success would have meant another ‘stab in the back’ legend and would have bedeviled a new German regime just as the legend that Germany was robbed of victory after the first world war bedeviled the Weimar Republic. That made some sense.

The other, to my mind less respectable, reason was that the plotters were not the kind of people the Allies could work with.

It seems that some English policymakers feared catching blue-blood cooties from exposure to – in Oppen’s wry wording – “too many counts and barons.” Remember that Anglo-American leaders had no qualms about turning some hundred thousand men, women, and children into radioactive briquettes in order to “end the war”. (That is, to end it unconditionally, without need of peace negotiations.) And recall that in order to defeat the Führer, Allied leaders were quite willing to make an alliance with that famed international humanitarian Joseph Stalin.

But as for working with Hitler’s enemies within the German aristocracy… well, apparently that was asking a bit much. Whoa – come now, there are limits, after all.

One such aristocratic persona non grata was Oppen’s biographical subject – grand-nephew of the famed Prussian field-marshal of the same name – Helmuth James von Moltke. Though active in a variety of spheres, Moltke’s most productive work is circumscribed by the Kreisau Circle, so-called after the count’s country estate where Protestant theologians, Catholic priests, and lay intellectuals gathered to discuss Germany’s fate. Moltke and his companions intended that post-Hitler Germany would not repeat the mistakes of Weimar, and sought some viable, humane vision with which to fill in the vacuum left by Nazism’s inevitable self-destruction.

The Kreisau papers describe a decentralized society anchored by organic institutions, in which regional autonomy and an independent local leadership class would impede the ascendancy of any totalitarian demagogue. This decentralist ideal flowed from Kreisau’s Christian orientation, which translated practically into an emphasis upon localism and small communities. Such communities based upon “naturally occurring ties between individuals” – i.e., the organic ties which bind families together and neighbors to one another – were in Moltke’s view the key to a sustainably sane society.

Per Moltke, National Socialism was a logical consequence of the modern trend toward political and economic consolidation, a consolidation which snuffed out both human identity and the economic means by which individuals might resist tyranny. Rendered anonymous and faceless like ants in a hive, modern mass-man had no chance for either spiritual or political freedom. [...]

Moltke was not a hero for opposing Hitler, in the eyes of the Left; he was someone they "couldn't work with"! Why am I not surprised.

I've actually known quite a few Lefties who were, in private, sympathetic to Hitler and some of his ideas; they believed he was misunderstood, and just went a bit too far with some of his ideas. They liked the Socialist-big government he created, they just didn't like everything he did with it. They don't seem to realize that a big socialist government inherently has the power to abuse it's position. Absolute power, corrupting absolutely.

Moltke's disdain for National Socialism earned him the distrust of the Nazi's, and ironically, the distrust of the Left among the Western Allies. The rest of the article discusses Moltke's views, events leading up to Valkyrie, and the reactions and reasoning of the British Foreign office, who were relieved that Valkyrie failed. Moltke was never proved to have been part of that assassination plot. In Fact, on his Wiki page is says he was apposed to assasinating Hitler, because it would make him a martyr.

At his trial, they could find nothing to implicate him, so they said he was guilty of treason, for making plans for a "post-Hitler" Germany. They killed him for his ideas, which neither Nazi's nor Big Government Leftists approved of, leaving Moltke an unsung "hero" of WWII. 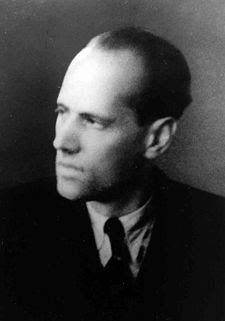