Sunspots and Solar Minimums: what they mean

How are the lack of sunspots related to a Solar Minimum, and how does that affect temperatures here on earth? And what about our current solar cycle? 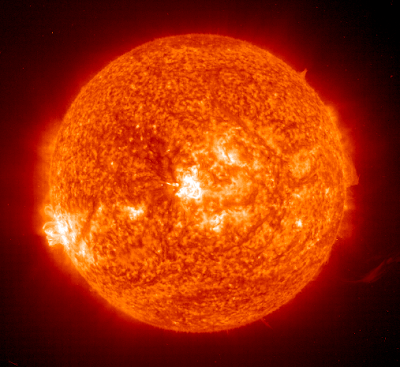 I had read a while back, in an article that I can't find now, that the lack of sunspots doesn't cause the sun to be significantly cooler, and does not cool the earth down significantly either. The cooler temperatures happen indirectly. If I understand it correctly:

Sunspots are magnetic storms on the sun's surface. They cause solar winds, that in turn cause ions in the earth's upper atmosphere to become charged, churning the air which affects the wind currents on the earth.

The earth's oceans absorb much of the suns heat, warming the air above, and the earth's westerly winds blow that warmer air over the oceans westward onto land masses, raising the temperature there.

When sun spot activity is very low or non-existent, the ions in the upper atmosphere are less charged, there is less air movement, and the westerly winds die down, leaving more of the warmer air over the oceans. As a result, there is a significant drop of temperatures over the land masses.

Fascinating stuff. I couldn't find that article, but while searching for it I came across the following articles about our current solar cycle. As the new solar cycle continues to be weak, lacking significant sunspot activity, it seems we are in a solar minimum.

There has even been speculation by some that we are entering a "mini-ice age" like the historical "Maunder Minimum":

The Maunder Minimum is the name used for the period roughly spanning 1645 to 1715 by John A. Eddy in a landmark 1976 paper published in Science titled "The Maunder Minimum",[1] when sunspots became exceedingly rare, as noted by solar observers of the time. Astronomers before Eddy had also named the period after the solar astronomer Edward W. Maunder (1851–1928) who studied how sunspot latitudes changed with time.[2] The periods he examined included the second half of the 17th century. Edward Maunder published two papers in 1890 and 1894, and he cited earlier papers written by Gustav Spörer. The Maunder Minimum's duration was derived from Spörer's work. Like the Dalton Minimum and Spörer Minimum, the Maunder Minimum coincided with a period of lower-than-average global temperatures.

During one 30-year period within the Maunder Minimum, astronomers observed only about 50 sunspots, as opposed to a more typical 40,000–50,000 spots in modern times. [...]

As Wikipedia points out, there have also been smaller solar minimums, like the Dalton and Spörer minimums. We may be experiencing a minimum, but it's size may be unpredictable. I would say comparing it to the "Maunder Minimum" could be premature. Yet some astronomers are taking it even further than being just a minimum:

[...] According to Bill Livingston and Matt Penn of the National Solar Observatory in Tucson, Arizona, sunspot magnetic fields are waning. The two respected solar astronomers have been measuring solar magnetism since 1992. Their technique is based on Zeeman splitting of infrared spectral lines emitted by iron atoms in the vicinity of sunspots. Extrapolating their data into the future suggests that sunspots could completely disappear within decades. That would be a bummer for Spaceweather.com.

Don't count out sunspots just yet, however. While the data of Livingston and Penn are widely thought to be correct, far-reaching extrapolations may be premature. This type of measurement is relatively new, and the data reaches back less than 17 years. [...]

Yes, 17 years is nothing in the lifespan of the sun. Not enough data to make long term predictions. In fact, for all we know about the sun now, it's amazing how much we can't predict, as this NASA article shows:

April 1, 2009: The sunspot cycle is behaving a little like the stock market. Just when you think it has hit bottom, it goes even lower.

"This is the quietest sun we've seen in almost a century," agrees sunspot expert David Hathaway of the Marshall Space Flight Center.

Quiet suns come along every 11 years or so. It's a natural part of the sunspot cycle, discovered by German astronomer Heinrich Schwabe in the mid-1800s. Sunspots are planet-sized islands of magnetism on the surface of the sun; they are sources of solar flares, coronal mass ejections and intense UV radiation. Plotting sunspot counts, Schwabe saw that peaks of solar activity were always followed by valleys of relative calm—a clockwork pattern that has held true for more than 200 years: plot [see article for link].

The current solar minimum is part of that pattern. In fact, it's right on time. "We're due for a bit of quiet—and here it is," says Pesnell.

But is it supposed to be this quiet?

All these lows have sparked a debate about whether the ongoing minimum is "weird", "extreme" or just an overdue "market correction" following a string of unusually intense solar maxima.

"Since the Space Age began in the 1950s, solar activity has been generally high," notes Hathaway. "Five of the ten most intense solar cycles on record have occurred in the last 50 years. We're just not used to this kind of deep calm."

Deep calm was fairly common a hundred years ago. The solar minima of 1901 and 1913, for instance, were even longer than the one we're experiencing now. To match those minima in terms of depth and longevity, the current minimum will have to last at least another year.

Modern technology cannot, however, predict what comes next. Competing models by dozens of top solar physicists disagree, sometimes sharply, on when this solar minimum will end and how big the next solar maximum will be. Pesnell has surveyed the scientific literature and prepared a "piano plot" showing the range of predictions. The great uncertainty stems from one simple fact: No one fully understands the underlying physics of the sunspot cycle.

Pesnell believes sunspot counts will pick up again soon, "possibly by the end of the year," to be followed by a solar maximum of below-average intensity in 2012 or 2013. [...]

The article has a lot of particulars, about the new "lows" the minimum is causing, in the rate of solar wind pressure, irradiance, and solar radio emissions. Read the whole thing for the details.

The article began with a comparison to the stock market, and ends with one. The sun and the stock market may well have something in common; no one can know and completely understand ALL the forces at work behind the scenes that drive them, and therefore, no one can completely predict their behavior. But plenty of people still take "educated guesses" about both.

You can read more about what Livingston and Penn say about sunspots during a solar minimum in this PDF document online:

Are Sunspots Different During This Solar Minimum?

Where have all the sunspots gone, and why?

Our climate, the weather, our grid and the Sun

Chas, the lack of sunspots is also killing propagation on 10, 15 and 20 meters! The bands have been dead! They were supposed to start increasing this year, but so far it isn't looking good. See you later, 73, Fireham114

Yes, you're right. I actually became interested in this through reading the Ham Radio propagation reports/predictions. Many of those involve sun-spot reporting too, which led me to look into the topic more deeply.