Europe: Dreaming of a Halal Christmas? 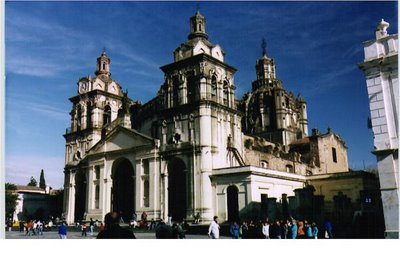 Paul Belien of the Brussels Journal blog has a post about current Muslim/Christian issues in Europe:

Dispatch from the Eurabian Front: I’m Dreaming of a Halal Christmas

In the Netherlands, citizens are told they may only bring Halal food to a traditional neighborhood Christmas pot-luck dinner organized by the Red Cross. Christmas has become a sensitive issue there, as Muslims are protesting against the government. Also worth noting is that Dutch Television has recently accused the Turkish government of influencing Dutch elections.


Spain has their own Muslim controversies:

[...] In Spain, Muslim radicals demand the right to worship in Cordoba cathedral. They claim the building is theirs because it was in use as a mosque during the Arab occupation of Spain from the 8th to the 15th century. Cordoba was the capital of “al-Andalus,” Arab-occupied Spain. The Catholic Church refuses to set part of the cathedral aside for Muslim prayer (after all, Spain isn’t Belgium). Prior to the Arab occupation, Cordoba cathedral had always been a Christian church.

Cordoba currently has a Muslim population of approximately 1,000 people – all of them recent immigrants, mostly from Morocco. Saudi millionaires, however, plan to build the second largest mosque of the world in Cordoba. They want the town to become the “European Mecca.” Around 100 mosques already exist in Andalusia. The city of Seville recently granted permission to build a new mosque on council land. The plan has run into opposition from local residents, who have managed to get a court order to halt construction of the mosque. [...]

(bold emphasis mine) The Hagia Sofia in Turkey had been built as a Christian Church, then converted to a Mosque. It's now a museum; the Muslims there will not allow it to become a church again. The Muslim arguments on these issues seem to be very one-sided. Their side. 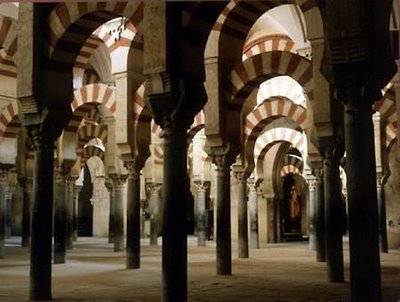 In Britain, there are plans to build a mosque large enough for 70,000 worshipers. It would be the largest in Europe, unless the Cordoba Mosque project beats them to it. But the British Mosque is being opposed by moderate Muslims there, who say it is being financed by an Islamic extremist group.

Meanwhile France is on high alert, having thwarted three terrorist plots in the past 18 months. A bit of Irony here:

[...] Though France opposed the war in Iraq, Islamist terrorists consider it as bad an enemy as America, Britain and Spain. Last September, Al Qaeda posted a video on the Internet in which its deputy leader, Ayman al-Zawahiri, vowed to hit “American and French crusaders.”

Even Ségolène Royal, the French Socialist’s presidential candidate, seems to be a possible target. She has been under police protection since August. Last week, Royal visited a leader of the Islamist Hizbollah in Lebanon, whom she told that she agreed with his assessment of America and Israel. Nevertheless, it is the Islamists the French police feel they have to protect Royal against, not American or Israeli hit squads.

(bold emphasis mine) Isn't that rich? Once again, leftist idiots rush to align themselves with people who would destroy them. It's worth noting that Ségolène Royal wanted to have a meeting with Hillary Clinton, to show solidarity with the American Democrat party. Clinton refused, as she knows it would not help her own efforts to run for president. She'll have plenty of time to make nice with the French Socialists after she becomes president.

Read the full article to find out more details of Europe's Halal Christmas.