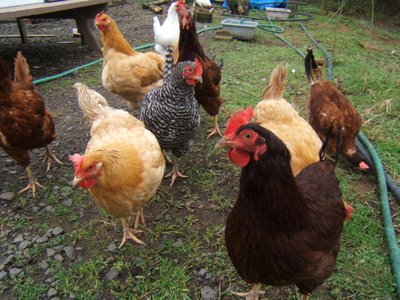 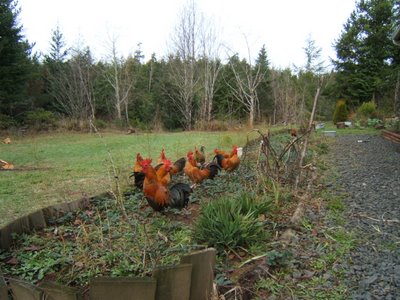 I couldn't resist the title, the situation reminded me of that play "Seven Brides for Seven Brothers". But this story didn't end in matrimonial bliss.

We have twelve Bantam rooster brothers who have had the run of the yard for a while now. Last week, we decided to let the 13 big hens out to share the yard too. The combination of giant females to small males was funny. Talk about a mis-match! 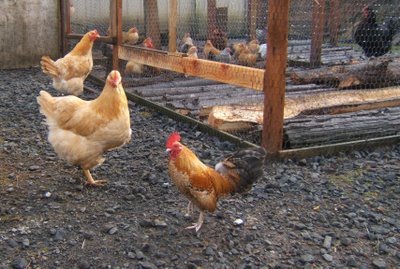 The roosters started out doing mating dances around the large ladies, but the gals were not impressed. One was so annoyed, she smacked one of the roosters with such force that she flipped him into a tub of water. The two groups now mostly ignore each other. 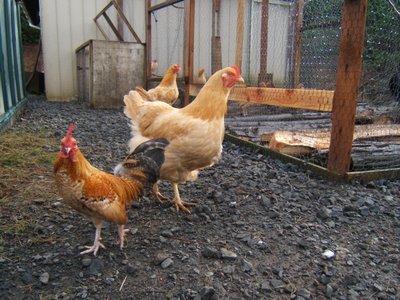 Here is a subject I was too busy this summer to post about:

"Mother of the Year" turns into Psycho Mom 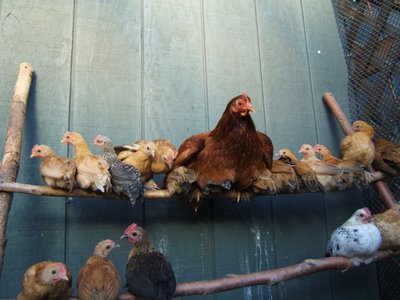 You may remember our Coachen-Bantam Hen, Turendot. She became an Uber Mom, playing mommy to 40 + chicks, and I joked for a while that she was "Mother of the Year" for comforting so many, stuffing them under her wings and body, and even letting them sit on her back: 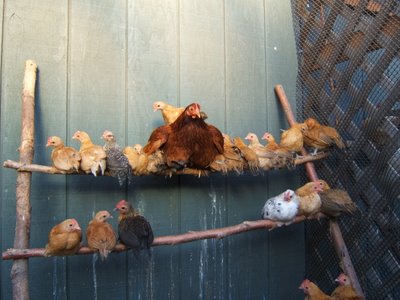 Well, she can turn those maternal feelings on and off like a light switch. When she decided enough was enough, she went ballistic, and through consistantly applied vicious pecking, managed to establish an "no cuddle zone" around her for about three or four weeks, before she finally started to chill out. 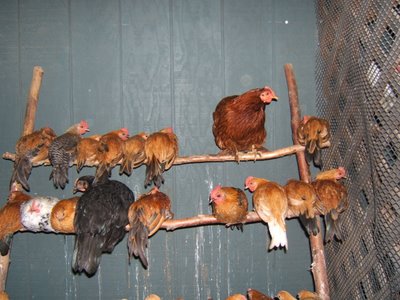 There's nothing wrong with that of course; it's just nature's balancing act. But it was funny to watch the sudden change.

I like doing the Farm Report posts, but they take time to pull together, and the busier I get with the farm, the less time I have to post about it. So this past year I did a lot of posts about politics, because they are mostly cutting and pasting excerpts that I've read of other people's articles, which is less time consuming than creating posts from scratch. But I am hoping that in the comming new year I will be able to do more of a mixture of things in my posts, more diverse topics and a better balance of the serious and the fun.

The farm reports from you and Pat are must-reads.

Too funny, Chas! I can certainly understand her reaction. Those chicks got bigger and weren't quite as needy of her mothering than before. She'd done her job and needed her own space! Perhaps in Chicken World when the babies turn color then they are on their own.

I'm not sure what triggered her. Some of the chicks were still quite young when she went ballistic. Perhaps the majority of chicks were old enough to compel her to stop mothering.

When she got them weaned off her, she went all broody again, wanting to sit on eggs and hatch out another bunch, but we wouldn't let her. We sure don't need anymore!