Children raised in
a murder-suicide culture 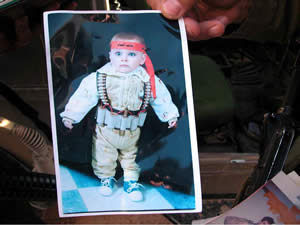 Group dynamics reinforces behavior within a culture where suicide bombers are viewed as heroes, whose faces are prominently displayed on public posters and where families of bombers are showered with both respect and financial reward.

Children are introduced to this group dynamic at a very early age. 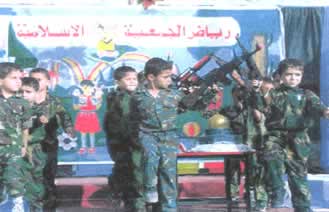 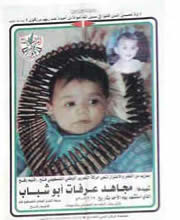 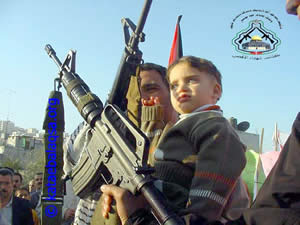 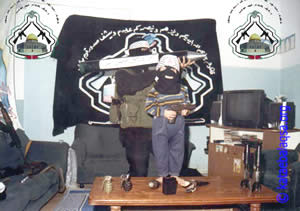 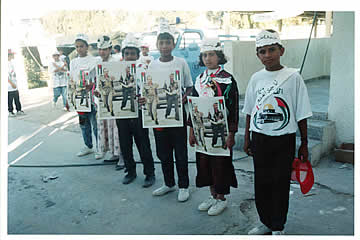 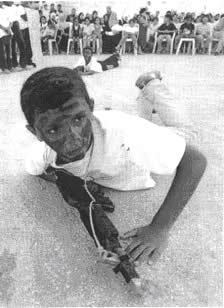 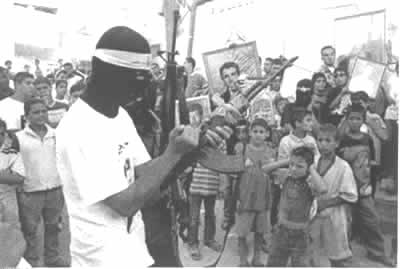 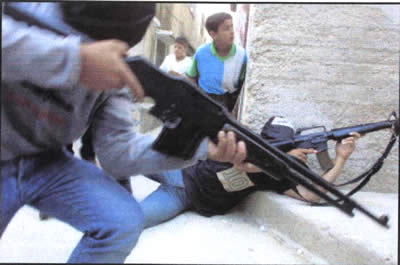 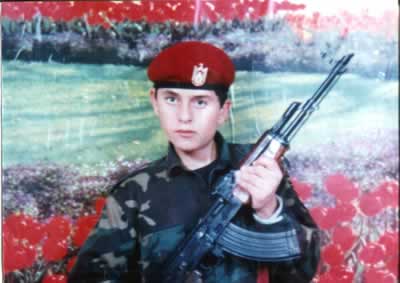 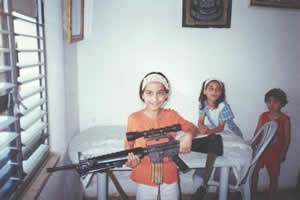 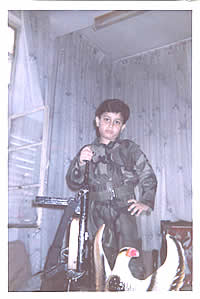 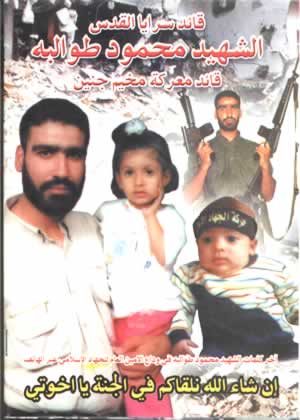 The above photo is from the back of a booklet. Mahmud Tawalbeh (holding the girl - his daughter?), a senior operative and leading figure in the Palestinian Islamic Jihad terrorist organization, had sent many Palestinian youngsters to perpetrate suicide bombing attacks against Israel.

You can see these picturs and more, with explanations, HERE.

During clashes with the Israeli Defense Forces, kids are pulled out of school, and stand with the masked terrorists in the line of fire. 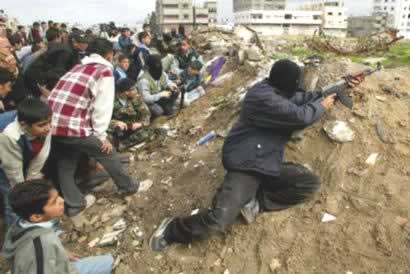 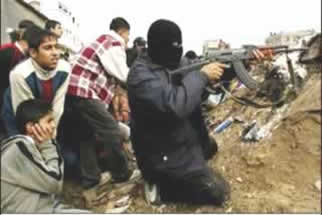 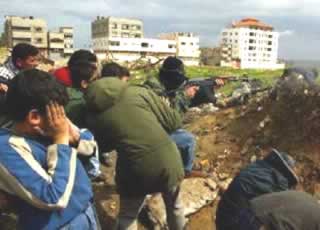 How many times do you hear the MSM decry in outrage, that the Israeli Defence Forces have killed an innocent child? And most folks would think, "That's shocking, how could they shoot unarmed children?" Well under these circumstances, it would be pretty hard to miss.

You can see these pictures and more, with explanations, HERE.

The children's schools are plastered with pictures of martyrs: 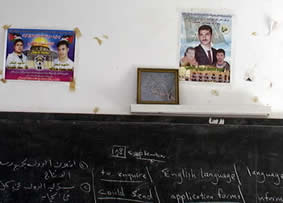 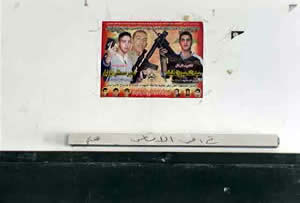 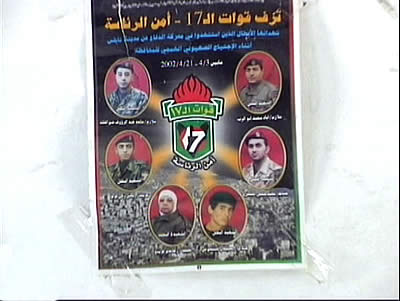 I can't tell you how many interviews I've read where young Palestinian children say they want to grow up to by martyrs. Is it any wonder? They are bombarded with it from early on; the message is pervasive, on a daily basis.

You can see more at this link:

The Palestinian Authority's Educational Institutions as Hotbeds of Incitement to Terrorism.

Western liberals seem unable to recognize pathological death-obsessed mass movements. They assume that everyone basically thinks logically and rationally, so if people become suicide-bombers, it must be the fault of the people they are attacking; the attacker becomes the victim, the attacked becomes the agressor. The mass pathology continues unchecked and unrecognized.

Until we recognize the pathology of Islamism for what it is, we will never be able to deal with it effectively. And the "Humanitarian" aid we keep giving these terrorists, allows them to not work at sustaining themselves and their families, and instead just frees them up to work at terrorist training and indoctrination, and expanding and reinforcing their cult of death. Instead, it needs to be recognized and stopped.

"When the Arabs love their children more than they hate Israelis/Jews, there will be peace in the Middle East".

It's not hard to see why.

THE PSYCHOLOGICAL FRAMEWORK
OF SUICIDE TERRORISM

UPDATE 04/24/06 For more shocking pictures and links, see part II of this article here:
How to raise a suicide-bomber
Posted by Chas at 11:22 AM

Hi Chas, I included this article in this weeks Carnival of Blue Stars...

Hi Beth,
Thanks for the listing/link. I've found some even scarier pics and more information on this topic, that I'll probably post next week. I try to take a break from the heavy topics over the weekends. If I post more about it, I'll be sure to link it to here, too.