Law and Order waning in Europe? 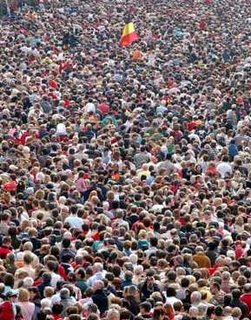 80,000 people protested in Brussels, Belgium over the murder of a Belgian student. Two North African Muslims are alleged to have commited the murder in a train station, over a MP3 player.

80,000 people is a rather big turnout. How much publicity is this getting in the MSM? Not much, apparently. You can read more HERE.

I think many Europeans are getting touchy about these sort of crimes, since the Killing of Filmaker Theo van Gogh in Holland, and the riots in France. 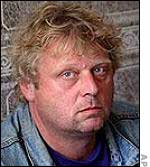 Van Gogh made a film that was shown on Dutch TV that was critical of the treatment of Muslim women under sharia law. For this he was murdered. An excerpt from Salon.com:

On the morning of Nov. 2 in a busy street in east Amsterdam, a 26-year-old Dutch Moroccan named Mohammed Bouyeri pulled out a gun and shot controversial filmmaker Theo van Gogh, who was riding a bike to his office. Van Gogh hit the ground and stumbled across the street to a nearby building. He didn't make it. As the Moroccan strode toward him, van Gogh shouted, "We can still talk about it! Don't do it! Don't do it." But the Moroccan didn't stop. He shot him again, slit van Gogh's throat and stuck a letter to his chest with a knife. He was slaughtered like an animal, witnesses said. "Cut like a tire," said one. Van Gogh, the Dutch master's great-grand-nephew, was 47 years old. 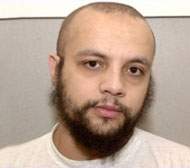 After shooting van Gogh, Bouyeri fled to a nearby park, where he was arrested after a gunfight with the police. One police officer was wounded and Bouyeri himself was shot in the leg and taken to a police hospital.

The letter pinned to van Gogh's chest contained accusations aimed not at him but at Ayaan Hirsi Ali, a Somali refugee and liberal parliamentarian, who for years has been fighting for women's rights in the Netherlands' widespread Islamic community. Earlier this year, Hirsi Ali and van Gogh had made "Submission," a short fiction film that was shown on Dutch public television. In the film, a Muslim woman is forced into an arranged marriage, abused by her husband, raped by her uncle and then brutally punished for adultery. Her body, visible through transparent garments, shows painted verses from the Koran. The film, van Gogh said in a TV interview, was "intended to provoke discussion on the position of enslaved Muslim women. It's directed at the fanatics, the fundamentalists.

Hirsi Ali fled into hiding the day of van Gogh's murder and the next day published a reaction in the Rotterdam daily, NRC Handelsblad. "I am sad because Holland has lost its innocence," she wrote. "Theo's naiveté wasn't that it [murder] couldn't happen here, but that it couldn't happen to him. He said: 'I am the village idiot, they won't hurt me.'" 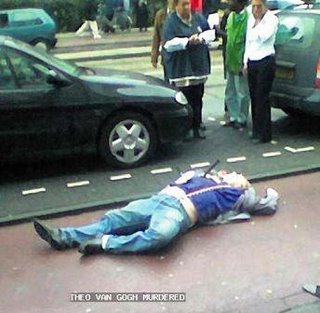 Theo Van Gogh is survived by a fourteen year old son. The boy has been harrassed and taunted at school by Muslim students, who tell him his father deserved to be murdered. School officials have responded by moving the boy to another part of the school. 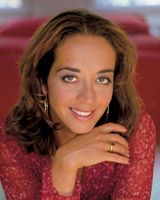 And it seems the story continues, with more of the same. Consider the plight of this lovely young lady. It is yet another story that is getting short shrift in the MSM:

Ebru Umar, a Dutch writer of Turkish descent and a good friend of the late Theo van Gogh - she contributed to his website and took over one of his columns after his death - was attacked in Amsterdam on Friday, reports Arjan Dasselaar. He wryly adds that the Dutch public news service – which in terms of breaking news is usually an excellent source – has so far, two days after the attack, failed to report it.

Is there law and order in Europe anymore? Van Gogh's attacker got 20 years, and is technically eligable for parole in 13. I wouldn't like to have to depend on European justice right now... or the press, either.

UPDATE 05/09/06:
The Brussels Journal reports that the murders were not North Africans, but were illegal immigrant Polish gypsies:

MP3 Murderers Said to Be Polish Gypsies. Some excerpts:

In today’s edition, the Belgian newspaper Het Nieuwsblad writes that it has learned from its sources that the 16-year old boy who was arrested earlier this week for the murder of 17-year old Joe Van Holsbeeck, is called Marius. He belongs to a family of Polish gypsies who have been living in Belgium illegally since 2000. Marius was studying garage mechanics at a school in Anderlecht, a Brussels suburb, where he was arrested on Monday evening at 4:30 pm. His teachers had recognized him on the footage of security cameras in Brussels Central Station. Marius had already been involved in four cases of robbery and robbery with violence...

...The Belgian authorities, who immediately after the murder had announced that the murderers were North Africans, have apologized to the North African community. Muslim organizations, however, are demanding formal apologies from politicians and journalists who, assuming that the official information of the Justice Department was correct, wrote about the problem of North African criminality in Brussels. Fouad Ahidar, a Moroccan-born member of parliament, had said that something urgently needed to be done about the Muslim street gangs. “There is a growing group of criminal Moroccan and Turkish youths who go after victims who look like infidels. We have to fight racism in all its varieties, whether by the immigrants or the native community,” he said...

The silencing of Theo van Gogh

Welcome to Paristan, Eurabia
This link has photos, like the following... 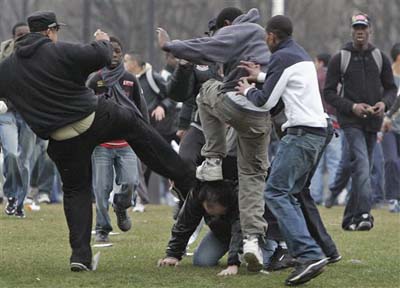 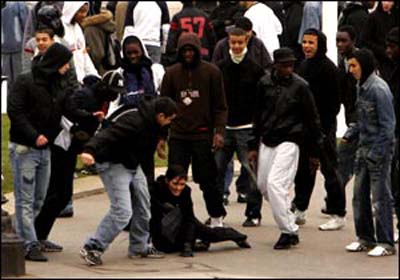 If this kind of thing happens to men and women in Paris in broad daylight, in front of journalists and TV cameras, then just imagine what the nightlife is Paris must like these days.
Posted by Chas at 8:17 AM

KUDO's to you Chas just reading your blog posts angers me. I cannot imagine the emotions in your research.

I believe in my heart of hearts the only reason that those crimes are not happening here is because most of us rednecks are armed and would defend ourselves. The terrorist know that. They will, I believe, attack eventually in areas, of this nation that have gun control. If the citizens can not defend themselves they will be targets.

Patty, I think you nailed it. They know we've got guns and Europeans don't have guns. If they attack here, it will be in DC, NY, LA and SF where they know the commies don't have guns - the same commies who stick up for them. They deserve each other.

Patty, my research brings up a lot of ugly stuff. I recently told Pat, that I have to stop working on this stuff late at night; when I'm tired it can be overwhelming, and I don't like taking it with me into my sleep. I also have to take a complete break from it sometimes, so it doesn't "haunt" me.

I've found that if I work on these kinds of posts in the early morning hours, I get them done more quickly and I can then leave it and take care of the farm animals and do my chores and things I have to do, to take my mind off the horror and the sadness.

I agree with you, the areas in the US with gun control will be the most vulnerable. San Francisco, which takes great pride in comparing itself to Europe, has just banned hand guns. They always wanted to be like Paris or Amsterdam; they may now get their wish, but it won't be like they thought.

They have also been trying to pass laws forbidding city employees from assisting, aiding or cooperating with Homeland Security or the INS. Yet if something happens, they will also be the first to blame the Feds for not protecting them.

San Francisco, "The City That Knows How..."